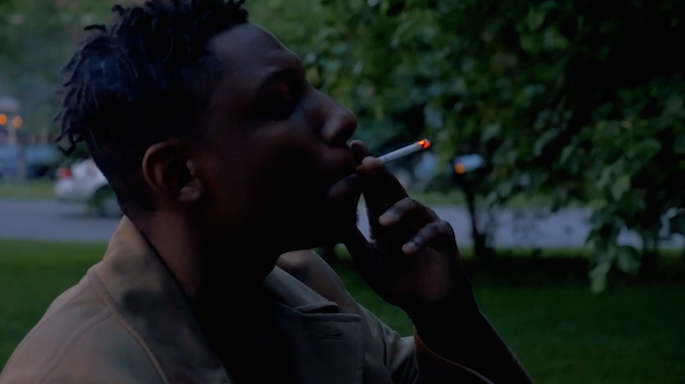 A new label from the Chicago underground.

The last few years have seen a bunch of Chicago-based musicians coalesce into a loose scene seemingly focused on the hybridization of electronic music, hip-hop and R&B. A handul of those artists — Supreme Cuts, KIT, David Ashley and Young Cuhlord (the latter pair were last heard hosting Supreme Cuts’ FACT mix) — have taken the next logical step, launching a label called Posture.

“Posture is an outlet for us and our friends to put out music. We all have been making so many songs collectively as of late that it didn’t make sense to sit on them any longer,” says Supreme Cuts’ Mike Perry. “We will be putting out LPs and EPs from all members of the squad, as well as doing some collaborations with other labels.”

The label’s first release will be the debut album by David Ashley, Perfect Dark. Lead single ‘Good’ is a moody, self-produced track about life in Chicago, and the video is a perfect introduction to Mr. Ashley, who’s seen smoking a cigarette on the hood of a moving ’68 Corvair.

Watch ‘Good’ (directed by Gaucho) below. Perfect Dark is due out on October 7; the 10-track album features production from Supreme Cuts, Hawaiian Gardens, and Ashley himself.