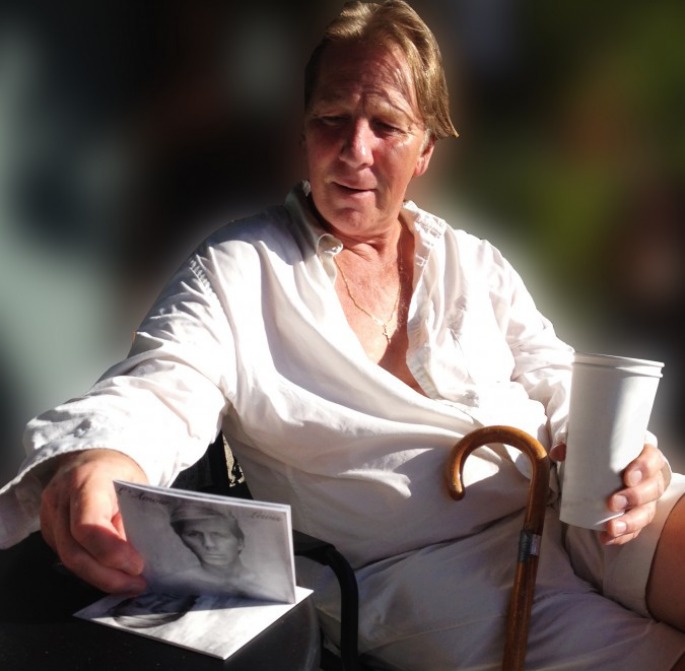 The elusive songwriter has been found alive and well.

Light In The Attic got record collectors and esoterica hunters in a tizz this year with their discovery and reissue of two albums by Lewis, a mysterious Canadian singer who seemed to disappear without a trace after recording L’Amour and Romantic Times in the 1980s.

When the label tried to uncover his identity they found plenty of rumours but few hard facts, other than his probable real name: Randall Wulff, or Randy. Then out of the blue this week, a friend of Wulff’s got in touch with the label to say that he had been seen recently in Canada. The Light In The Attic bosses hopped on a plane and, after 48 hours of searching the (unnamed) city, eventually spotted him drinking coffee outside a cafe.

“Randy had no idea about the recent interest in his old records and didn’t seem to care in the slightest,” the label said in a blog post. “We had a check for him but he wasn’t interested. We brought him CDs and LPs of L’Amour. He took a look, impressed (‘nice’), and smiled, recalling a number of positive stories from back in the day. Then handed back the CD, saying it was for us and kindly declined keeping it.

“Randy simply wanted to look forward with both his life and music and had no interest in any celebrity or financial gain having to do with the albums. He told us over and over again, “That was a long time ago” and that we should “have a ball” with the reissues.”

The label has now decided not to repress either of the albums once their stock of CDs and LPs runs out. “It doesn’t feel right collecting money from his art and him not sharing in it regardless of how incredibly positive he was about the entire thing. The royalties will continue to be set aside into an escrow in case he ever wants them,” they explained. Read the rest of their account on the Light In The Attic website.