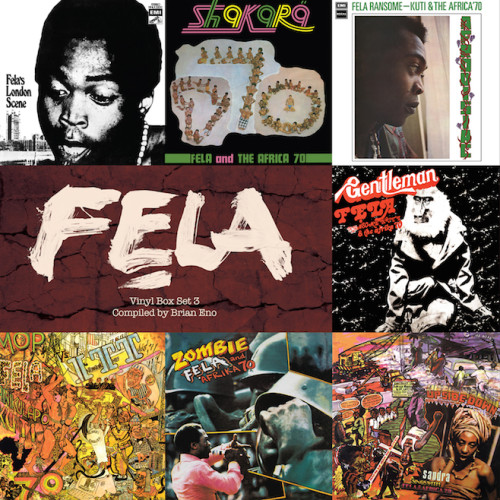 The third in Knitting Factory’s series of Fela Kuti vinyl box sets has been curated by Brian Eno, following previous releases compiled by The Roots’ Questlove and drummer Ginger Baker.

Eno provides a foreword to the accompanying 12-page booklet, which also includes lyrics and commentary from Afrobeat historian Chris May.

Meanwhile Eno’s been a busy bee, releasing a pair of albums with Underworld’s Karl Hyde this year, one of which was rather more successful than the other, and in recent weeks he’s been firing off letters about the bleak situation in Gaza. He also popped up in FACT’s Best Albums of the 1970s with his pioneering Discreet Music. [via Pitchfork]