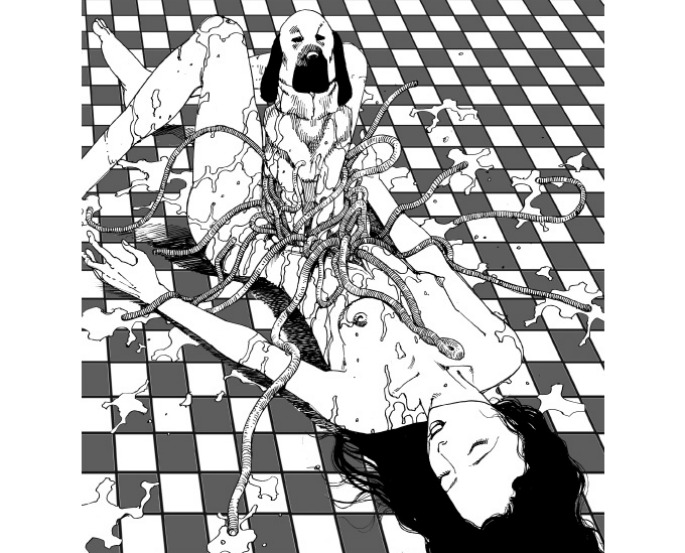 He’s posting the tracklist one by one on his Tumblr.

Flying Lotus has revealed some special guests on his new album You’re Dead, due on October 7 through Warp.

Having previously hinted that the record would be “heavy on prog vibes“, the LA producer has been posting the tracklist on Tumblr alongside some awesome artwork for each track by Japanese manga artist Shintaro Kago. The 19 tracks include several star guests, with Herbie Hancock featuring on ‘Tesla’ and ‘Moment of Hesitation’, Kendrick Lamar on ‘Never Catch Me’ and Snoop Dogg appearing alongside FlyLo’s rap alias Captain Murphy on ‘Dead Man’s Tetris’.

Captain Murphy pops up again on ‘The Boys Who Died in Their Sleep’, while Angel Deradoorian, formerly of Dirty Projectors, appears on ‘Siren Song’ and Thundercat is on ‘Descent Into Madness’.

Check out all the artwork on FlyLo’s Tumblr and see his lengthy autumn touring schedule below. There’s also a video teaser for the album – watch it below.

Earlier this year, Hancock hinted at his collaboration with the Brainfeeder boss, saying it “covers broad territories, which is one of the reasons I’m interested in working with him.”