PC Music: the 10 best tracks so far from 2014’s most divisive record label 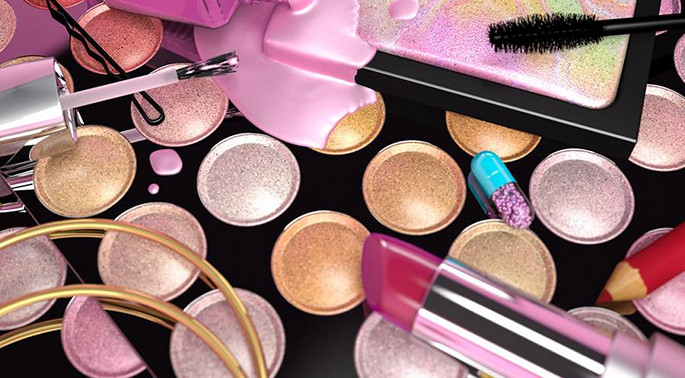 If we were to judge a label’s success by its ability to dramatically divide comment sections on music websites, then PC Music, a net label (of a sorts) run by A.G. Cook, is currently enjoying its breakout year.

Far from just a critics’ darling, Cook and co’s convoluted yet consistent, and somewhat eerily on-point vision of the future of pop music has earned support from all sorts of pockets of music – whether that’s Eclair Fifi’s sets, Rinse asking Cook for a Zinc remix, Numbers’ championing of extended family member SOPHIE, or most recently, four tracks being included in Mike Paradinas’ latest mix. There’s a borderline-violent enthusiasm and excitement at their shows – the kind usually reserved for J-Pop’s biggest stars, or even the bloody Beatles. Admittedly those are on a slightly bigger scale, but you get the idea.

Part of this is due to A.G. Cook, whose vision is so consistently spread across the label that it wouldn’t be at all surprising if half of PC Music’s considerably large roster of artists is Cook himself operating under a different alias. It’s the best labels that establish their own unique world which its artists live and breathe in, and much like Bok Bok achieved with Night Slugs, Cook has created a sound that’s as instantly recognisable as it is fascinating.

Of course, another part of this success is that PC Music have, in just over a year, released some of the most compelling pop music in recent memory. Here are 10 of their most essential cuts.

One of the more regularly well-received qualities of both PC Music and its Numbers-based waterslide enthusiast SOPHIE is a knack for glossy, slippery and above-all utterly bonkers sound design. Flanged-out synths meeting aggressively pitched-samples from a hyperreal world have been a mainstay in PC Music’s lifespan so far, but rarely do they sound anything less than fascinating, even at their most unsettling. Though it made a quieter splash than ‘Bipp’, the debut EP release from A.G. Cook’s virtual baby easyFun is loaded with a similarly-gooey punch and helped set the tone for the madness that followed. ‘Easy Money’ is the highlight from the release, pitting Robot Rock bass hits and tumbles against clattering snare-rolls and synths that make your insides do the forbidden dance.

A testament to A.G. Cook’s adroitness for penning a poppy earworm is this remix of a Dreamtrak tune, which somehow makes the original sound like the never-heard B-side of those CD singles that were so popular you couldn’t reach even reach the bloody shelves as a kid. Yeah, Dreamtrak’s tune has that marvellous riff that drives both versions, but that ‘always on my mind’ hook, the stop-start build and eventual drop into a conversation straight outta Spring Break; those bits that grab you by the hand and run you, reluctantly at first, to the dancefloor / Dance Dance Revolution machine, where from you then never want to leave… it’s all Cook.

Lifestyle is thus far the first album proper (there’s plenty to be said about the mixes, but more about that later) released through the label and the result of a collaboration by two key PC musos, Danny L Harle and – of course – A.G. Cook. Having been friends in college, the two began making music together at university once Cook switched his focus from visual art to music and the two realised they were surfing the same cultural wave.

Citing “Nightcore, Tim and Eric, video game soundtracks and contemporary classical music” as mutual influences, Danny explains to me over email how “the music [they] started making was surprisingly clear in its concept and its execution”. Though that explains a lot about not just Dux Content, but also PC Music in general, the album is more than just the sum of its parts. Often nonsensical, yes, it’s also a surprisingly accessible and jubilant ride through unexpected time signatures, rapidly interchanging hooks and kick drums that could charge through planets.

The title track is my personal (computer, tee hee!) highlight, and also features in this short video directed by Daniel Swan.

‘Broken Flowers’ is the tune you play to people who have yet to hear PC Music. Trust me. Not just because it is an utter joy to listen to, but it distils all of Harle’s cited influences into something a little easier to swallow than the rest of it. This ode to a wilting heart moves from synth wiggles and twinkling keys that fall between Koji Kondo and Nobuo Uematsu, to Todd Edwards-esque vocal chops, big organ bass and warp-speed arpeggios. Oh, and it has the catchiest vocal hook of the lot. ‘Bipp’ can make you feel better but not since T2 and Jodie’s ‘Heartbroken’ has having your soul crushed sounded so uplifting.

All I know about Warlord is that, according to this interview with Serious Thugs’ William Edwin Wright, he gets shitfaced and wears a King (from Tekken) mask at all times even if that means getting his crew chucked off an Easyjet flight. That alongside this other tune produced by him makes you think that it’s probably just ya boy Cook being mischievous again. Not that it particularly matters for this amped-up edit of Life Sim’s ‘Caladhort’, which takes the gently euphoric elements of the original and airhorns it into super champion club banger material.

Alongside Starbucks’ most beloved Frappuccino fiend GFOTY, Hannah Diamond has emerged as one of PC Music’s most earnest attempts at launching a new kind of popstar. ‘Keri Baby’ was our first proper introduction to Diamond and has been her most playful vocal to date, switching from speak & spell hair-flicking to lamenting the idea of being reduced to nothing but an mp3. It’s almost as if Hatsune Miku has become sentient except, more so than any other PC Music artist, Diamond’s reality is not only palpable, but hauntingly close to this weird Generation Wifi of which so many of us are part of.

OK, confession: I only picked this Hannah Diamond starring-role over ‘Attachment’, the digital era’s most honest ballad, cos of the sick pink North Face. And what? They’re both essential.

While this rundown has focused primarily on the label’s oneaways, some of PC Music’s best moments have been their artists’ mixes, which have been something that’s not quite a production mix, nor a mixtape, but a relentless showcase of ideas that are rarely given a chance to breathe, let alone be processed.

Not unlike reading cyberpunk’s best authors, these mixes contain a staggering amount of observations, subversions and playfully dystopian visions, and are unleashed at a frankly fucking outrageous rate. GFOTY’s nine minute ‘Secret Mix’ requires a good 20-odd listens before it even flirts with the idea of making sense. And therein lies the joy. Standout track ‘KISS’ is a minimix in itself, jumping from GFOTY’s somewhat menacing game of kiss chase, to what sounds like the tongue-clicking from ‘Drop It Like It’s Hot’ repitched beyond repair with all its sense of sparseness lost in a catwalk flash maze, to that breakdown, to an unashamedly garish bassline… It’s bonkers good.

At once a celebration and batshit insane parody of the vapidity of haul videos, or perhaps just the sound your phone’s soul makes as you finger-swipe through tumblr posts at the speed of light. This is PC Music then, at its most “Err, do I actually like this? Am I merely impressed by it? Or am I fucking terrified of it?”

[Second track on the above mix]

Aside from being a contender for EE Radio Red Bull Formula 1xtra’s Happiest Song In The Universe™, if that was a thing that existed, what drew me to include this was the ‘Luna Remix’ tag. Particularly given that a picture of Danny’s cat, Luna, was tweeted by Danny whilst I was listening to the tune. How deep does the PC Music rabbit hole go? I asked Danny L Harle about the tune and got the following response:

“I wrote Aquarius as a birthday present for my girlfriend (given alongside a birdcage chandelier and Nepalese slippers), this is the reason some of the lyrics may be a bit confusing.

“The ‘Luna Remix’ was a version that Alex [A.G. Cook] from PC Music made. He wanted to play it in a set of his so he removed an embarrassing rap that I did over it about my girlfriend from it to make it a bit more accessible. He also made a sample I recorded of my cat Luna much louder in the mix (01:28) hence ‘Luna remix’. A revitalised version may be making an appearance soon.”

If that doesn’t make you adore this track even more then I guess PC Music probably isn’t for you, but congratulations on making it through this list! The rest of you, please join me in listening to all these tunes again and celebrating some of the most interesting pop mutations to have emerged from the UK in recent memory.