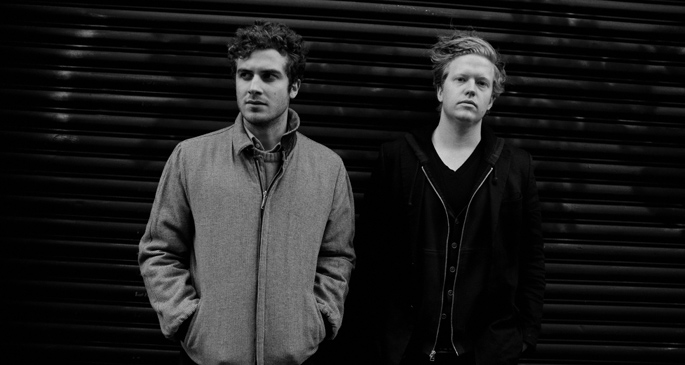 Darkside are “coming to an end, for now”, the prog-techno duo announced in a tweet last night. Their final show will take place at Brooklyn’s Masonic Hall on September 12.

Electronic producer Jaar and guitarist Harrington released their debut album Psychic last September – a “surprisingly forward-thinking” record, as FACT’s Maya Kalev said in her review. Since then they’ve been taking their live show on tour around the world, including a memorable Boiler Room appearance on a New York rooftop last year.

In the meantime they’ve unveiled two tracks that didn’t make it onto Psychic, ‘What They Say’ and ‘Gone Too Soon’. Both of those will be out officially on the WORK compilation on September 29 – stream below.