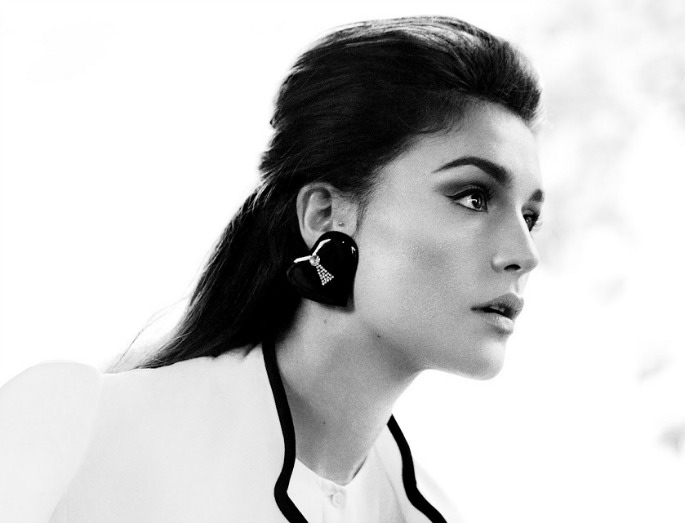 What are we rating and slating this week? Evian Christ on remix duties, Tri Angle newcomer Boothroyd, Kaytranada, DJ Shadow and more.

Alex Macpherson: It’s refreshing to hear Kaytranada, who can tend towards the fiddly at times, just relax into a lovely, uncomplicated smooth house vibe, where the entire point seems to be about luxuriating in the tasteful strings and the way the drums echo. And it’s stopped-clock time for XL, too – for once, that menace of a label isn’t disguising pedestrian music with boring auteurist PR babble. (8)

John Twells: Try as I might, I cannot get excited about Kaytranada. It’s the music equivalent of a damp, grey piece of card to me – it exists, it doesn’t ruin my day, but I’m never gonna want to tell any fucker about it. Remember when XL released hardcore records? (3)

Chris Kelly: With each successive release, Kaytranada’s identity begins to crystallize — I just wish it was more exciting than a re-hash of Theo Parrish and J Dilla with a dose of neo-soul. (5)

Joe Muggs: Warm and lovely, would dance to this. A little bit more grit in the production wouldn’t go amiss – just something so it doesn’t slip by quite so slickly – but that’s probably missing the point… it does its job and does it well. (7)

Angus Finlayson: Forgettable but very pleasant with it. (6)

John Twells: All I wanna do when I hear this track is whack it on a gigantic system and see a proper reaction. It’s huge, and more proof that Her Records are smashing it right now. Smart, bass heavy and club ready. Going straight in the bag. (8)

Joe Muggs: Gives me the fear a bit, in a good way. And it’s definitely got the grit in it – it’s really tactile, slap you round the face, production. Could we get Sudanim to remix Kaytranada? Needs smoke and strobe for full effect. (8)

Chris Kelly: This checks a bunch of boxes for me: the club music motor, siren shrieks reworked into ‘Ha’-like calls to action, the back-masked SFX… his most menacing track yet. (8)

Alex Macpherson: Hilariously over-the-top in its determination to be punishing. I appreciate basically every clanking, pounding, whirring sound in this but something about it feels unfinished, as if it’s lacking just that one bit of personality that would push it into actually addictive territory. (6)

Jessie Ware – ‘Say You Love Me’

Chris Kelly: Ware’s early promise recedes in the distance as she continues to churn out identikit Starbucks ballads. An Ed Sheeran songwriting credit, a gospel choir… hurry up, Adele. (4)

John Twells: Is Jessie Ware vying for inclusion on the Titanic 2 soundtrack now? Didn’t she used to be good? (2)

Joe Muggs: I really love Devotion and still listen to it now, and ‘Tough Love’ was decent too. This is a bit horrific in comparison. I mean, it’s solid for what it is – Dermot O’Leary bait, basically – but it’s systematically sucked all the character from a very characterful singer. Good luck to her and all, but it’s not for me. (4)

Angus Finlayson: Much like house and techno, easy listening is a genre whose successes are all the sweeter for their dangerous proximity to fathoms of utter toss. I suppose when you are as committed to navigating these treacherous waters as Jessie Ware is, sooner or later you’re going to run into some fucking nasty rocks. ‘Say You Love Me’ is a chino-clad thigh-slapper, an overwrought talent show staple-to-be, a song which demands high stools, and furthermore demands that those stools be vacated just prior to the rousing final chorus. The salt you’re tasting is not from your tears but from the greasy-looking nut selection at the end of the bar. (3)

Alex Macpherson: Jessie Ware’s acclaim among both critics and real people seems so universal – and her command over her singular pop aesthetic so strong – that it’s surprising to check her chart positions and realise that none of this has translated into an actual hit yet. Maybe Jessie was surprised too: this is about as shameless an attempt to contrive a crossover smash as it gets. Nothing against crossover smashes, of course, or even schmaltzy MOR of this ilk. But ‘Say You Love Me’ isn’t even good schmaltzy MOR: it buries Ware’s gorgeous voice beneath blustery drums and disgusting guitar solos, that miserable toad Ed Sheeran smears himself all over the chorus and by the time the song creaks to its final horrendous breakdown, an intervention is long overdue. JESSIE: WE LOVE YOU AS YOU ARE. IF THE IDIOT PUBLIC DON’T GET IT, FUCK THEM. (1)

Joe Muggs: A mess. There’s several quite good things going on here, any one or two of which could probably have made a quite good track. But all of them at once, plus portentous builds and drops, add up to a big bowl of poo soup. (3)

John Twells: So, so, so dull. Unlike Kaytranada, this is dull to the point of being offensive too – “future bass music” made for people who have absolutely no interest in music. Still got love for Endtroducing but c’mon, this is fucking dogshit. (1)

Chris Kelly: Brought to you by EDM.com! If this is the type of music that promoters deemed “too future,” I’m glad he’s getting kicked off the decks. He’s pilfering from about five different Soundcloud sub-genres — all at once — and none of them are working. (0)

Alex Macpherson: DJ Shadow’s so down with the kids that he can pastiche all their new-fangled future bass styles in one megamix! Except he’s so ’90s that he still can’t resist a cheesy hip-hop vocal sample that now sounds more like someone’s wedding disco. This sounds like an old man trying to redo Fatima Al Qadiri’s Genre-Specific Xperience in crayon. (3)

John Twells: Sounds like Fis and Forest Swords brawling in a sewer and there’s really very little wrong with that to these ears. Could definitely stomach a larger portion of this. (8)

Alex Macpherson: It’s named after one of the most populous cities in the world, but the NYC portrayed here is more like the ghost towns depicted on recent albums by Hauschka and Gazelle Twin: bleak, desolate, a bit damaged. A bell chimes sonorously behind crackles, hums and the occasional minor explosion, like an automated melody stuck in a perpetual loop with no one to turn it off. (8)

Joe Muggs: Sounds like Ben Frost but not as well produced. Which is not a bad thing – Ben Frost’s production is impeccable, and this is still pretty well produced. Maybe needs to be listened to in total darkness, possibly on crack and ketamine, but it’s still good. (7)

Chris Kelly: Archetypical Tri Angle: all ominous textures, white noise washes and horror score ambience. Tough to judge just one 5-minute stretch of this stuff, but the label is having their best year since 2011. (7)

Angus Finlayson: How do you fix a song which sounds like a rotary club fundraiser rendition of Coldplay’s ‘Trouble’? I’ve no idea; neither does Evian Christ. (3)

John Twells: I get it, sometimes you gotta take the money and run. It makes sense it really does, but do you really have to turn one of the UK’s most insufferable acts into the kind of rancid coffee table drum ’n’ bass we thought had been flushed down the porcelain bowl of time back in the late ’90s? (1)

Alex Macpherson: It sounds like Evian Christ was racking his brains for any possible way of enlivening London Grammar, that most tedious and unnecessary of middle-class hypes, came up with nothing and with an hour to go til his deadline just slapped an ancient drum’n’bass break and some ~dark synths behind it. Obviously still a million times better than the original but nothing will ever save Hannah Reid from her own enunciation. (5)