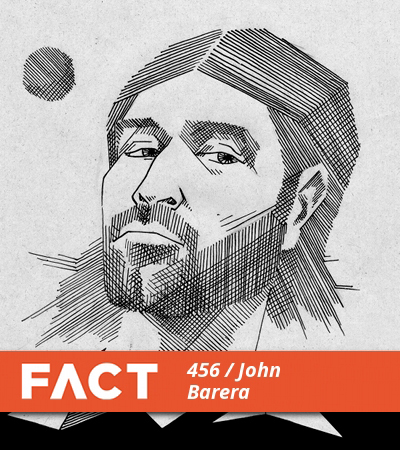 Based in Boston, Massachusetts, Barera’s been working tirelessly over the last few years, holding down a residency at the city’s finest house night Make It New, a job at world-renowned music distro Forced Exposure, and piecing together some of the freshest house and techno sounds that have graced our turntables recently. Mostly issued on his own imprint Supply Records, Barera’s productions – whether solo, under the B-Tracks moniker with Soren Jahan, or with Will Martin – have seen him ascend from his Chinatown loft to Berlin’s Berghain in a relatively short space of time.

This fall, Steffi’s cult imprint Dolly will be releasing his debut album with Will Martin, Graceless, and it’s another smart blend of the kind of vibrant, heaving house and techno that it’s easy to assume got kicked out of the bedroom when everyone started lazily (ab)using Ableton’s Operator presets. The duo might only have a small studio (anchored by Barera’s beloved Roland Juno-106) but they’ve managed to eke out a sound that recalls the glory days of house without aping them entirely.

For his FACT mix, Barera, determined to avoid making simply a ‘hot white labels of the month’ selection, has rustled together a selection of some of his favorite jams, from Gil Scott-Heron and Brian Jackson’s funk-flecked ‘Racetrack in France’ and an effortlessly soulful rework of Raphael Saadiq’s ‘Sky’, to underrated Chicago veteran Gemini’s ‘If U Got To Believe in Something’ and Drexciya’s ‘Lost Vessel’. It’s a veritable dance music odyssey – not afraid to look to the past but peppered with moments that have the power to remind you that somewhere out there, there’s still someone doing it right.