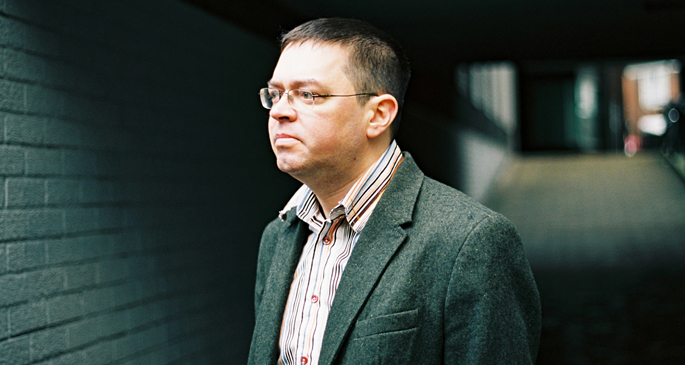 Ekoplekz (aka Nick Edwards) is having a vintage year.

Dropping his career-topping Unfidelity LP on the esteemed Planet Mu imprint back in March, Edwards quickly followed with the twisted sequel Four Track Mind, which emerged last week. Not stopping for a moment, he’s now announced another EP, this time for the West Norwood Cassette Library label.

WNCL reportedly asked Edwards for material some time ago, and promised them “should he attempt to make any tracks for the club, he would get in touch.” He eventually got back to them with Rock La Bibliotek – a suite of six bizarre, labyrinthine compositions. It might not be the soundtrack to any club we’ve frequented (we’re guessing dungeons and chains might be involved, somewhere along the line), it’s yet more high quality, fractured electronic music from Edwards.

FACT’s very own Joe Muggs sat down with Edwards earlier this year and chatted about his wide range of influences, his methodology and club memories.