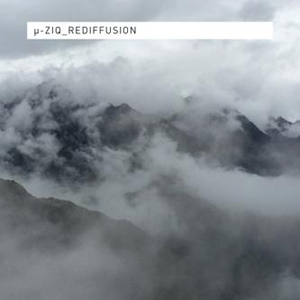 Music, so the saying goes, is cyclical. Everything comes back around sooner or later. This isn’t entirely true of course – imagine playing techno to Jimi Hendrix, for example – but for every wave of The New we’ve learned to expect numerous counter-currents of revivalism, revisionism and retro-pastiche. You can sit around and fret about what this means for culture, or, like Mike Paradinas, you can roll with it.

Paradinas’ music was about nostalgia even back in the early ‘90s. Inspired by ‘80s synth-pop (particularly the faded fantasias of OMD) and the TV themes of his childhood as much as Detroit techno, Paradinas brought heartstring-tugging melody to bear on UK hardcore, helping develop a hybrid music which would come to be known as IDM. Come the late ‘00s, a new generation of musicians were busily excavating many of the same influences to make music even more steeped in wistful remembrance. Paradinas, having ditched production a few years prior, took notice.

As one half of Heterotic, he issued a pair of joyously retro synth-pop albums not so far from the Chillwave set. A string of new productions under his solo µ-Ziq alias, meanwhile, were lively, colourful and packed with fresh ideas. Last year’s Chewed Corners LP took inspiration from a spread of contemporary artists (many of them signed to Paradinas’ own Planet Mu label), but in a way which was contiguous with the project’s IDM past. Suddenly, those winsome melodies were sounding relevant all over again.

Paradinas’ latest solo EP, Rediffusion, suggests that inspiration is some way from running dry. He’s even striking up new conversations, however unintentionally: gorgeous opener ‘Taxi Sadness’ recalls recent saccharine hardcore reboots by Canadian producers d’Eon and Kuhrye-oo. Heterotic is a lingering presence too, in the deluxe melancholy of ‘PRG’. When Paradinas does delve into the project’s past, he does so with such playfulness that it’s difficult not to get swept along. ‘Rimmy’’s MIDI choirs and silken counter-melodies scream “classic IDM”; ‘Blem’ is coldly grandiose hip-hop in the style of early Autechre – though, of course, Paradinas can’t help but soften its sharp edges in the closing section.

Rediffusion falls down when darkness is embraced more thoroughly. Given the childlike soundworld Paradinas inhabits, it’s difficult to take the restless angst of ‘Smeester’ and closer ‘Tambor’ seriously. Still, even these moments feel lightly worn on a record all the more charming for its brevity. The previous µ-Ziq LP, 2007’s Duntisbourne Abbots Soulmate Devastation Technique, was a hard going affair, labouring under the weight of its serious themes. This time around, Paradinas is simply enjoying his time in the sun – and why not?