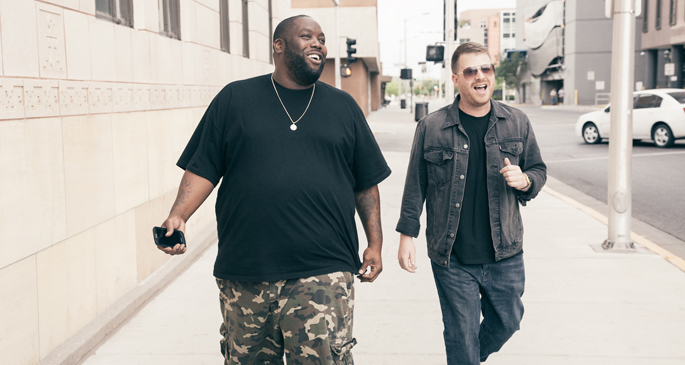 After teasing the new LP last month, El-P and Killer Mike have finally announced the follow-up to last year’s successful Run The Jewels.

Snappily titled RTJ2 (not to be confused with RJD2, Def Jux junkies), the album will be released on Nas’s Mass Appeal imprint on October 28, and it’s confirmed to feature rumored guest spots from Rage Against the Machine’s Zack de la Rocha and Blink-182 drummer Travis Barker (who as some of you might know, has a neat sideline in rap).

To celebrate the announcement, the duo have released the full version of the previously teased new single ‘Blockbuster Night Part 1’, and you can hear it below. If you still need more, you won’t have to wait long – Run The Jewels will have a single out as part of the Adult Swim Singles Series on September 15.