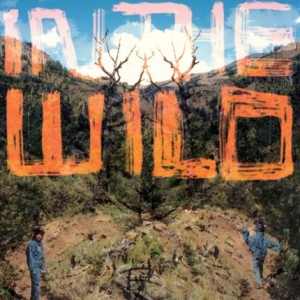 The thing about putting yourself out there in the wild is while you can roam wherever you want, you don’t quite know what you’re letting yourself in for. It’s that element of danger that FaltyDL plays with on his fourth studio album In The Wild, which finds him recreating that feeling of being both liberated and a little bit afraid. Last we heard from Drew Lustman, he was producing music that came the closest he’d ever dared go to an album of radio-friendly tracks on 2013’s Hardcourage, sporting guest vocals from Ed MacFarlane and accessible melodies without losing any of the haphazard jazz inflections of his earlier releases. The 17-track In The Wild is his attempt to step outside of that framework and simply roam where his desire takes him.

In the same spirit of getting outside of the “normal” ways of doing things, Lustman released the ‘Greater Antilles Part 2’ video via Pornhub, and underpins his whole release with sarcastic humour in track titles like ‘Some Jazz Shit’, and the word “SORRY” emblazoned on the record’s back cover. He also wrote a poem which went out in place of the album’s press release, and described individual tracks as being about “truth, progress, death, pain, boredom, sex, dance, silence, void” (‘Do Me’) and “female, more anger, ignorance, blisters on sun soaked lips” (‘Heart & Soul’). It seems impossible that a 3-4 minute piece of music could encapsulate all of those conflicting images and emotions, and yet In the Wild‘s tracks do possess that same stream-of-consciousness feel, unravelling through occasionally sublime layers.

‘Do Me”s sample insists “do me, do me, do me” with an aggressive sexual slant before the meaning of the whole track is flipped by the completion of the sample: “do me harm.” Or not, if you hear “huh” or “hard” – Lustman himself doesn’t know what the voice is saying, and doesn’t care what you hear. ‘Heart & Soul’, meanwhile, batters an operatic female rendition of ‘Have I Told You Lately That I Love You’ with a driving jungle rhythm.

These violent collisions erupt through what is, on the face of it, a very mellow album, bathed in the softly glowing ambience Lustman perfected while designing soundscapes for the likes of Terrence Malick. That tension forms In The Wild‘s finest moments. Take ‘New Haven’, the track that opens the album proper after the opening ambience of ‘Aqui, Port Lligat’. With breathy vocals rising like plumes of smoke to the sky, tangled up in sci-fi synth lines, the effect is one of paranoia and trepidation, the half-melody giving the impression that it’s building somewhere but instead lingering infuriatingly-yet-blissfully on the very brink.

Elsewhere, the ominous shuffle of ‘Greater Antilles Part 1’ creates an uneasy open space, while ‘Frontin’ and ‘Danger’ hark back to early Falty material with breakbeats, hip-hop samples, and a frantic energy that makes them feel like a train about to fly off its rails. What’s great about In The Wild is the ability it has to wander to so many different places and evoke so many different things. But those lurches and lapses also make it difficult to get comfortable with the album’s pace, and although that’s what Lustman seems to want, it’s unavoidably detrimental.

It’s an inherent problem with the idea of trying to fit “the wild” into a record, a format that obviously depends on its limitations. By definition, Lustman couldn’t create a limitless listening experience on an album, and to try to give the impression of it within set parameters is disorienting. There are moments of sheer beauty and reckless fun all over this record, but there’s a looming question mark over whether or not listeners will feel motivated to pick their way through the expanse to enjoy them.