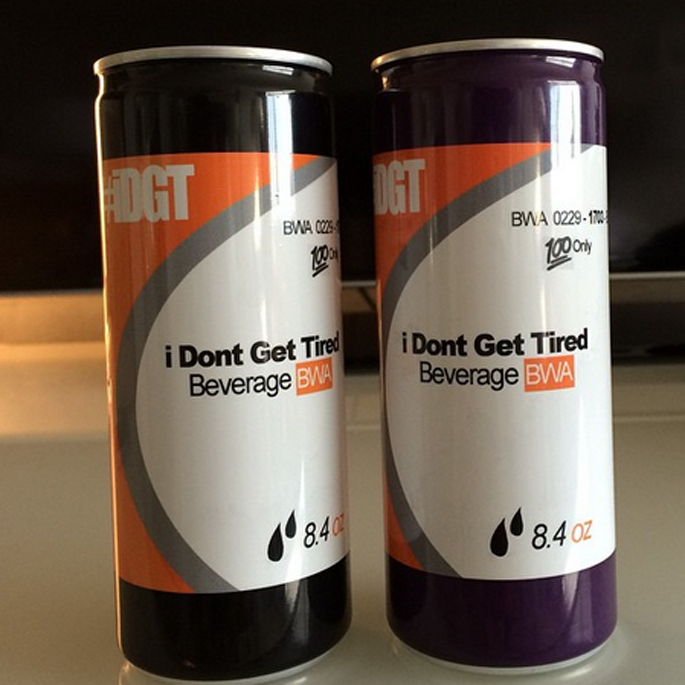 Heads out in the US will know that Baton Rouge rapper Kevin Gates has been on tour recently.

Somehow, however, he’s still found time to launch a brand new energy drink that sports some of the most brazen packaging we’ve seen in ages. Basically, it’s a riff on notorious cough syrup brand Actavis, but Gates’ team have made some hilarious modifications, including two teardrops (to match those on Gates’ face), the hashtag #iDGT and and all-important emoji 100. It’s so current we can barely breathe.

Entitled i Don’t Get Tired (a noted Gates-ism), it seems destined to be a success, even if we’d rather be hearing Luca Brasi 2 than supping an expensive over-caffeinated soda right now. [via Complex]