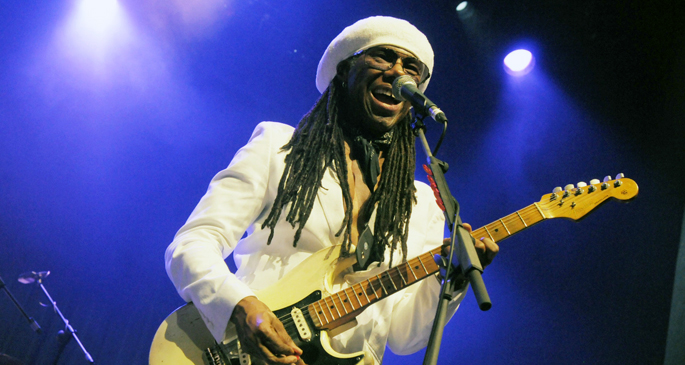 Croatia’s Unknown Festival kicks off next Monday, and it’s looking like another event that you wouldn’t be wise to miss.

With a jam-packed line-up and a location that should leave you slack jawed (no narcotics needed), you shouldn’t need very much convincing and FACT have put together the five events you need to check out without fail.

It’s Chic and Nile Rodgers, what more do you need? Rodgers has been absolutely everywhere recently (we’re going to call it the post-‘Get Lucky’ effect) but there’s a damn good reason for it, and when you manage to see Chic live, you’ll know what we’re on about.

Tri-Angle experimental sort Forest Swords makes music that sounds like a collision of Lee ‘Scratch’ Perry and Ennio Morricone, which is basically exactly what we want to hear. One for when the sun’s heavy in the sky, and the smoke’s rising thick and fast from the front of the stage.

Let’s be honest, even if you’re at a music festival you’re still on holiday, and holidays mean partying. We can’t think of anyone better to soundtrack a good party than Jackmaster – just make sure you leave yer snobbery at the door.

Anyone who’s been to Unknown before will be able to tell you that you can’t drop into the fest and miss out on the series of amazing boat parties. This year FACT have been asked to host one of the night’s parties together with Krankbrother, and clearly we reckon it’s gonna be a good’un. George Fitzgerald (who recently dropped a killer FACT mix) will be appearing along with Kink and of course Krankbrother.

Along with the boat parties, this year there are also a set of special parties taking place on a beautiful secluded island. On Thursday September 11 you’ll be able to catch a collaborative event between Young Turks and Hivern Discs, with Jamie xx and John Talabot going head to head on the decks alongside Tasker, JMII and Dani Baughman.