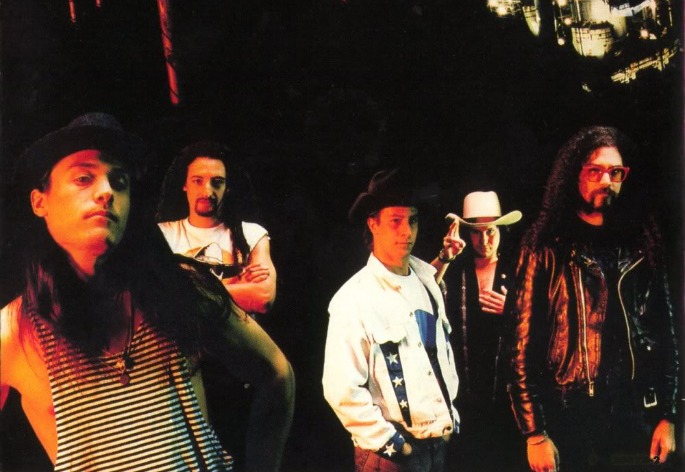 The oddball metallers announce their follow-up to 1997’s Album of the Year.

As The Guardian report, 2015 will welcome Faith No More’s first album in 18 years. The LP, slated to drop in April, will be the band’s seventh, and will be an entirely self-released affair, put out through their own cottage label Reclamation Records.

Plans for the record reportedly came together a few years after their 2009 reunion shows, and the band have been recording the album since early last year. According to bassist Bill Gould, the new record “kicks things up a notch”:

“There’s parts that are very powerful and there’s parts that have a lot of ‘space’ … There’s going to be a lot of space and scope — big, big sound-stage space — but I also think there’s gonna be a lot of those things that we already have. All I can say is what we’re doing just feels right.”

The album’s lead single will be called ‘Motherfucker’, and will see release on November 28. The band have also recorded a series of lullaby interpretations of their greatest hits, Lullaby Versions of Faith No More; that record is due out on September 16.

As reported, Patton’s exception avant-metal outfit Mr Bungle will be reissuing their back catalogue later this year; read our encomium to the band’s head-spinning output.