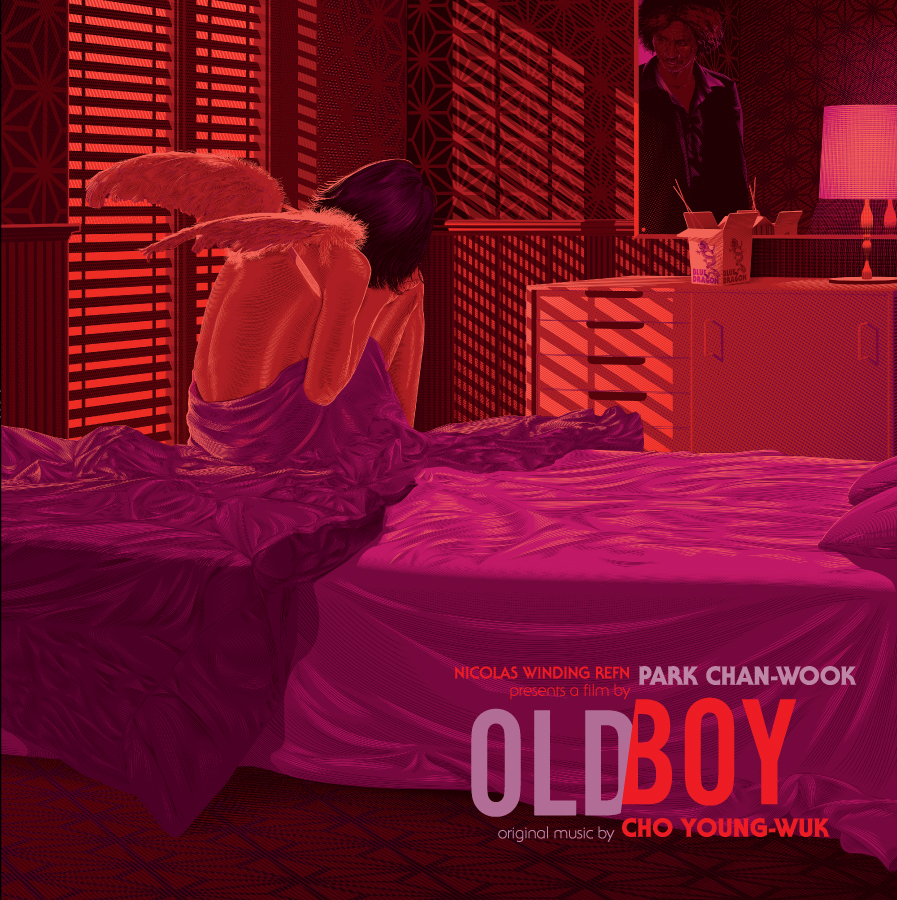 Invada Records and Milan Records have teamed up to release the first ever edition of the Oldboy soundtrack.

Released in 2003, Park Chan-Wook’s Oldboy is one of the most critically acclaimed films of the last 15 years, driven by a soundtrack overseen by Cho Young-Wuk. Most of the track titles on the soundtrack are named after past films, such as The Big Sleep and The Count of Monte Cristo.

Drive‘s Nicolas Winding Refn will act as executive producer on the record, and has “overseen the whole packaging”, with new artwork from Laurent Durieux [above].

Speaking to FACT, Invada’s Redg Weeks says “it’s not everyday you get invited to release a soundtrack to one of the most important films of the past 15 years. I had actually gone to ridiculous lengths to buy the CD of this a few years ago. I had to pay over the odds as it was extremely hard to get on UK soil.”

“To be invited by Milan Records to co-release an LP of one of the greatest and hard hitting scores I’ve ever heard is a massive privilege and a huge honour.”

Stream a sampler from the soundtrack below.