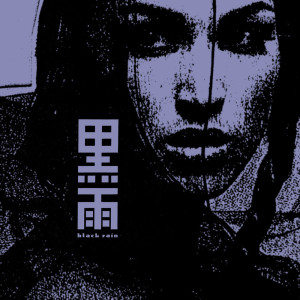 Available on: Blackest Ever Black

While emerging from the same no-wave ferment that birthed Suicide, Glenn Branca and No New York, it was in Europe that the minimalistic noir electronics of Ike Yard found the warmest reception, the group releasing a number of records for Factory and Le Disques Crepscules before dissolving in 1983. Perhaps theirs was a European sound – certainly, songs like ‘Night After Night’ and ‘The Whistler’ bore comparison to the likes of Cabaret Voltaire, A Certain Ratio and DAF. Or maybe their vision of cold futurism chimed with our vision of what America was becoming: a claustrophobic dystopia, built in glass and steel.

That Black Rain exist as an ongoing concern today is surely in large part thanks to Blackest Ever Black, who revived lost Johnny Mnemonic pieces and cuts from the group’s sole album as the compilation Now I’m Just A Number: Soundtracks 1994-95. Now, Dark Pool finds Argabright dusting down the Black Rain name for a new collection of mordant electronica that’s situated somewhere between the cyberpunk atmospherics of their soundtrack fare and the mausoleum techno of modern Blackest footsoldiers such as Raime. As with Ike Yard, Argabright works in forensic detail and severe monotone. On ‘Endourban’, a slightly out-of-phase electro pulse is invaded by buzzing fields of distortion and the occasional chilling sweep of heavily treated cello. ‘Profusion I’ and ‘Profusion II: Fallofthehouseofagodofbiomechanics’ foreground the coldly exotic vocals of Zoe Zanias of Linea Aspera, coming on like disconsolate torch songs from an underground NeoTokyo jazz joint. ‘Night In New Chiang Saen’ is a shadowy drift over which rhythms flicker spasmodically, on the brink of fit or fever.

At times, Dark Pool’s visions of a near-future feel rather vintage – not the subverted corporate jingles or the accelerationist new age of vaporwave et al, but a sort of alienated retro-future: of neo-gothic architecture and arcing electricity, of Blade Runner or Tetsuo: Body Hammer. The quicksilver glimmer of ‘Data River’ is perhaps supposed to represent the dizzying rapidity of information exchange, but in our cloud-computing age sounds about as genuinely future as the chatter of a 56k modem. Visions of the future are driven by anxieties of the present; slip outside that paradigm and you become toothless, camp, steampunk. Still, in an age where much dance music is set on exploring lurid, hyperreal visions of emotion and sensuality, there’s something quite enervating about Black Rain’s refusal of sensation: its unyielding adherence to a darkside mentality into which no warmth can leak.