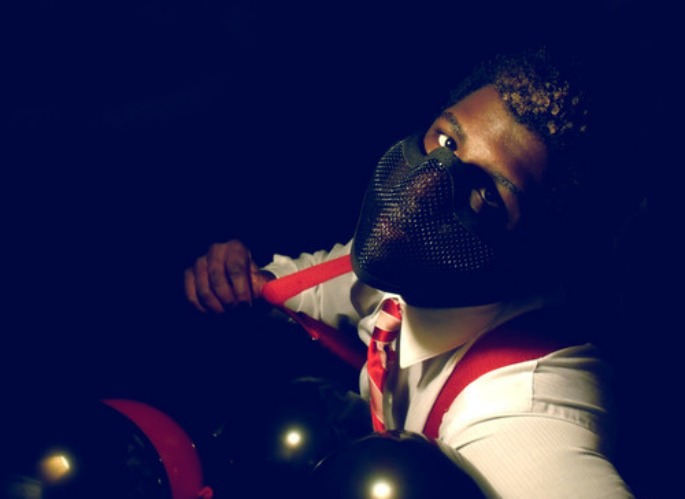 What Brick Bandits are to Jersey club and what Teklife is to footwork, Qween Beat is to ballroom.

That is, unquestionably the number one production and djing crew, who set the standard for the music and culture in a scene that’s currently booming in popularity.

Headed up by the formidable MikeQ, resident at New York’s weekly dance showdown Vogue Knights and recording artist for LA’s Fade To Mind, Qween Beat counts among their ranks a dozen different members, with skills ranging from the usual production and remixing, to DJing and MCing (in particular the uptempo, in-your-face styles known as “commentating” and “chanting”, unique to ballroom and distinct from other rap-based vocal forms).

This past summer, three of the main members of Qween Beat – Divoli S’Vere, Beek and Byrell The Great – have all released their latest mixtape installments, showcasing each producer’s individual style and their take on the ballroom sound. While the genre is very much rooted in ’90s house and current East coast American club styles – with recognisable signifiers like the Kenlou “HA”/krash and vocal snippets from the like of Kevin Aviance (“cun-ty”) and Loleatta Holloway (the instantly recognisable “woop” vocal from Armand Van Helden’s “Witchdoktor”) – there is much more to ballroom than just a specific set of samples married to a minimalist club/house aesthetic.

I spoke to Divoli, Beek and Byrell to get the low down on what makes a track “ballroom”, but also to find out how exactly these talented producers differ from each other, and what else the Qween Beat crew has in store for us in the future.

Best-known of these three producers is Divoli S’vere, one of the longest-serving members of Qween Beat, whose original tracks and remixes have been getting serious respect and DJ play for a few years now. Divoli’s current mixtape is Ckuntinomikz Vol 6: Summer’s Revnge, which sees him remix pop acts like Lana Del Ray and Iggy Azalea, stripping off their polished sheen and pushing them forward into dark and minimal dancefloor dynamite.

How did you get into ballroom culture?

Growing up I have always been attracted to dance and house music. In my high school years, I honestly stumbled upon ballroom culture. I felt like it screamed out to me and I really related to the scene because of what it represented. I started producing music in college. I had a friend how made hip-hop beats and I was really interested in the process, so he installed FL Studio for me and I taught myself from there. I produce ballroom tracks because I like to make people move and feel good. As a dancer, that was always my favourite thing about club, house and dance music.

How do you decide what tracks you want to remix?

Honestly, there really isn’t a process to how I decide what to remix. If I hear a hot track, I am going to remix it. A lot of times, when I hear songs, I always get ideas of how I would like to hear it sound. For my mixtapes, I mainly remix current music.

What is it that makes a track “ballroom”?

Personally, what makes a track ballroom is the vibe it gives to the ballroom culture. Adding a “Ha” or Crash sample doesn’t make it a “Ha” or Ballroom track. When making ballroom tracks, I try to keep in mind the essence and feel that a regular person would get if they walked in to a ball during a vogue battle or runway battle.

Beek has also been making waves of late with his unique vocal style, and hard hitting, stripped down productions, including the current ‘Telekuntx’ single for LA’s Knightwerk label. His latest mixtape is the third chapter in an ongoing series called Balloons, and features a smattering of originals as well as remixes of pop icons like Nicki Minaj and Beyonce.

How did you get into ballroom culture?

I got into the ball scene just like many of other people, by watching YouTube. I stumbled across Ballroom Throwbacks and fell in love. I immediately subscribed to the channel and faithfully watched every upload. I was so fascinated! Later on I found B. Ames’ channel. His music was so well put together. After I worked up the courage, I messaged him to fangirl, and to tell him how much I loved his music. We instantly clicked. We began talking on a daily basis. He sent me my very first sample kit, and he even helped me my purchase my first DAW. We are now like brother & sister and I pretty much owe it all to him.

How do you decide what tracks you want to remix?

Well, for starters, I usually like the original song before I try to approach it. I love music with strong female vocals – which is why 99% of my remixes are of female vocalists.

What is it that makes a track “ballroom”?

This is where the sound and emotion kinda come together. You want to make sure that your listener “feels it!” The whole purpose of making a “ballroom” track is for the voguers to vogue. Some people have been just putting pop beats together and throwing a krash in there. I guess it depends on what your target audience is when you make the beat.

One of the most exciting talents in the Qween Beat stable is the producer Byrell The Great, who graduated to Qween Beat (and being MikeQ’s regular stand-in at Vogue Knights) after working on the “kiki” scene, similar in a way to juniors/underage. His latest mixtape is the third instalment of his series In Great We Tru$t, which takes the common female-fronted pop remix style of ballroom, adds hints of dancehall and shakes it all up to make killer dancefloor business. As well as asking about Qween Beat, I wanted to get his take on the popularity ballroom has achieved in the last 12 months:

How has ballroom changed since you’ve been involved in the scene?

It seems to be getting bigger this year – do you think that’s good or bad and why?

I am very neutral about that! Ha ha. I think that it is good because it means more people are being comfortable with their community but participating in ballroom and living a ballroom life are two totally different thing. The recreational part of it is wonderful, I love the talent and what it does for those who part take in it. Now, living the ballroom life that many of the kids get caught up in is something I am not too happy with. So again I am neutral on the growth of the ballroom scene.

How did you get involved with Qween Beat productions?

My being in Qween Beat came as a surprise. After I had dropped my first mixtape In Great We Trust: The Learning, Mike had hit me up blessing the mixtape and other things, with no talk of Qween Beat. One day out of the blue he just hit me up like Qween Beat is interested in having you. Until this day I still wonder what the fuck he was thinking because I think I was horrible looking back at it, but he definitely saw my potential.

What sets Qween Beat apart from other production crews?

Qween Beat is definitely in a lane of its own. All 12 members have their own unique thing about them. When people think of the words ‘vogue’, ‘ballroom’, etc. they think of Qween Beat. That alone sets us apart from other productions crews. We carry the ballroom legacy on and expand it to new levels.

…and expanding it, they have been doing, through relentless production, remixing and gigging/touring. MikeQ has just got back from a very productive summer tour of Europe, and he will be hitting the road again this autumn to spread the Qween Beat word and sound. But there were still two final questions I wanted to know the answers to. I’ll leave the last words to Divoli S’vere:

How does one become a member of Qween Beat?

The members of Qween Beat are all unique and different. Everyone has something special to bring to the team. Becoming a member means you have that special something that MikeQ is looking for, and that you can bring what the ballroom culture needs.

What’s coming up for Qween Beat in the near future?

Qween Beat is a soon to be label. There are many projects planned, the main one being an album that will feature all the members of Qween Beat and their talents, and there will be future EP projects from members too.