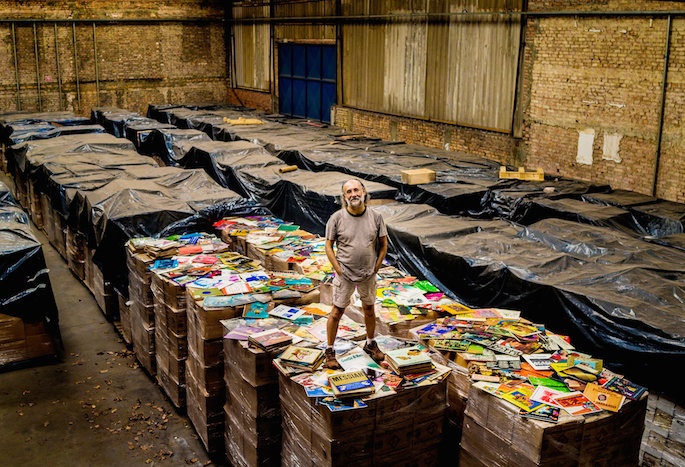 A couple of weeks ago we were awed by Brazilian record collector Zero Freitas’s truly astounding library of vinyl.

Freitas has, it’s estimated, around five-million records – so many that he’s had to hire a team of young interns to start cataloging all of them. The story has rightly been popular, and after the New York Times ran an interview with Freitas, he’s become something of a celebrity, so much so that CNN sent a reporter out to his warehouse in Brazil and filmed the experience.

It’s a rare chance to see inside the massive ex-candle factory that is now home to Freitas’s enviable collection, and to take a look at the operation he’s embarked on to make a comprehensive catalog of every disc.

You can watch the short spot over at CNN’s website.