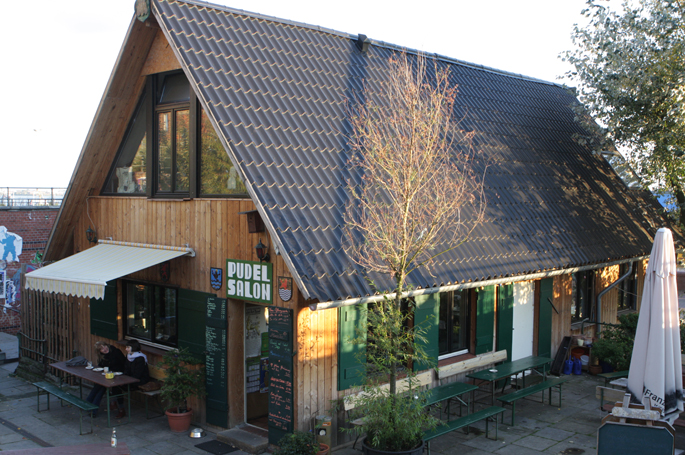 Hamburg’s Golden Pudel is something of an institution, not just in the city but across the world.

For years the tiny club has housed some of the best underground nights in Hamburg and boasted a proud anti-establishment look that’s helped it lodge itself into the hearts of any number of performers who’s been lucky enough to play there. Now however, the small club is the battleground for a legal dispute between its two owners.

The venue’s original owner, Rocko Schamoni, is suing his business partner, Wolf Richter, and local paper Hamburger Morgenpost has reported that yesterday saw a gathering of over 100 DJs, promoters and supporters descend on Hamburg’s civil court to show their solidarity with the club, whatever the outcome.

Zeit Online described the issue as an argument over the Golden Pudel’s two distinct spaces – the well-known non-profit club which operates downstairs, and a for-profit cafe that is housed in the upstairs space. Wolf Richter runs the cafe space, and is currently paying no rent to Schamoni; he is obliged to pay 20% of the cafe’s revenue, but claims he hasn’t been earning any money. Oddly, Richter has refused to show his books to the court, and also refused a court suggestion to sell the cafe and turn it into a foundation.

The trial is on hold at the moment, pending a view of Richter’s books, but it looks like Schamoni is eager to settle the disagreement (relatively) amicably. He told local magazine Mittendrin that his hope was that “the trial brings peace to the strained relationship between the businesses downstairs and upstairs through an equitable distribution of rights and obligations.” [via Resident Advisor]