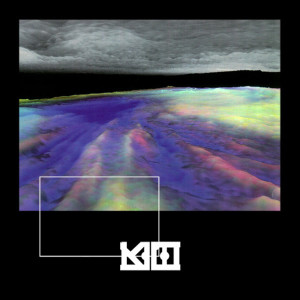 “I don’t think it’s too much of a stretch to suggest that a lot of drone music is doing essentially the same formal things as certain sorts of dance music albeit on a different time scale; one is zoomed way in and the other is zoomed way out, but it’s impossible to tell which is which.” – Chris Madak, speaking to Juno Plus

The title of Lee Gamble’s new album is, we’re told, taken from a text he’s writing. What it means is left to us to guess, but a good place to start is probably its homonym. To ‘cotch’ is a slang term – borrowed, like so many others, from Jamaican English – meaning to rest, to relax, to kick back and watch the world go by. To cotch is to be at leisure; an increasingly rare and embattled state in our neoliberal economy, where work is not a circumscribed activity so much as a perpetual state of being. The word is particularly popular in stoner culture, referring to the smoking session, that sacrosanct zone into which the pressures of real life cannot intrude. Perhaps part of the appeal of a joint is that it induces this state forcefully. No matter what might be bearing down on you, here’s a surefire way to slip its grasp and step outside of time.

Gamble strikes me as a dreamer. When I interviewed him a couple of years back, he spoke about trying to get some distance from the online chatter around his music. His mode of relaxation? Run a bath and pull out one of his heavy duty computer music journals. “Didn’t understand much of it,” he said happily, “but whatever!” It’s an intriguing idea: that it’s precisely when intellectual inquiry meets confusion or incomprehension that it can lead to a state of calm. A glance at the tracklist for Gamble’s 2012 album Dutch Tvashtar Plumes – a mixture of scientific jargon, abstruse puns and google detritus – is more likely to elicit question marks than offer any kind of insight; likewise the conceptual framing of a project like his Secret Thirteen mix. You get the feeling Gamble likes it that way.

“You are in another space here,” the producer announced at the opening of a recent Wire interview. “It has a different timescale to this one […] it’s a cerebral, odd time space.” Though Gamble’s discography dates back almost a decade, he came to the attention of many just a couple of years ago, with a pair of records on the PAN label. Both, in their own ways, dealt with time. Diversions 1994-1996 recast jungle as sepulchral collage, inviting comparisons to the rave remembrance of V/Vm and Mark Leckey. But Gamble downplayed the parallels, seeming concerned not with the wider implications of his materials so much as audio editing’s capacity to manipulate time: telescope it, suspend it, explode it into echotrails of endless recursion. The techno-leaning Dutch Tvashtar Plumes, meanwhile, eerily mirrored the way that the experience of a club can alter time, causing a three hour set to slip by in a dancing heartbeat – or for 16 bars of kickdrums to drag on for a grim eternity.

KOCH draws on both approaches. ‘Untitled Reversion’ and ‘Frame Drag’ are as lush and mournful as anything on Diversions; the likes of ‘Motor System’ and ‘Jove Layup..’, the latter the album’s high-point, do Tvashtar’s insectoid techno considerably better. But the record’s real accomplishment is to present these various styles not as components in a hybrid whole, but as a single thing viewed from a roaming perspective. Sometimes you are zoomed right in, a jumble of strange micro-detail scratching uncomfortably against the speaker cones. Sometimes you’re way out, observing complete forms in all their alien glory. The difficulty, as Chris Madak so neatly put it, lies in working out which is which.

Central to this effect is the record’s length. Rarely does a 50 minute album fully justify its excess, let alone a double-LP monster, almost 80 minutes from start to finish. But KOCH’s longevity feels tactical, a means of fully insulating you from the normal flow of time. Something this long requires conscious navigation. It’s tempting to approach each of the four LP sides in turn, enjoying their neat elliptical structures (my favourite might be side B, a supreme zonk-out punctuated by the furtive funk of ‘HMix’). But immersion in the full narrative is equally satisfying – though trying to follow its twists and turns might leave you, as with Gamble and his bath, pleasantly baffled. It helps that the sequencing has a strange, Moebius strip-like quality, meaning you can start and end at any point, the chain of (il)logic unbroken.

The album’s most striking moments often come when narrative is wrenched violently out of joint. The title of ‘Voxel City Spirals’ – not, incidentally, Gamble’s first use of the word – brings to mind the Jewish conception of time: things move in cycles, but with each recurrence they, and we, are changed. As the track’s chittering sounds repeatedly scatter and reform – first as static, then as anxious heartbeat, then as a kind of alien jungle – it’s almost as if Gamble is hopping slantwise across the spiral, presenting elements of familiar and new in jumpcut sequence. It’s a trick reprised in ‘Ornith-Mimik’, whose title is a nice description of the eartickling ersatz birdcall that passes for its percussion.

Still, equally appealing are the moments of dazed drift. ‘Oneiric Contur’ is the album’s trippiest moment, a track whose foggy inertia will leave you slackjawed, nonplussed, spaced-out. Discussing a recent collaboration with his old friend Dave Gaskarth, Gamble expressed a desire to “push people a bit into those apparently useless parts of the brain that haven’t been realigned to make you buy stuff, go to work everyday…”. Rich and disorientating, KOCH accesses a different pace of life – or rather several, bewilderingly, all at once.