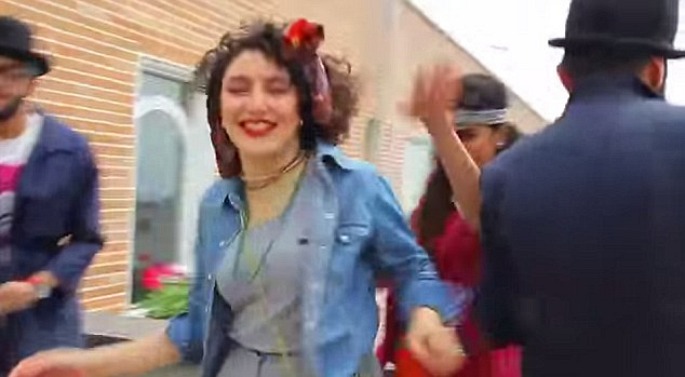 The Iranian fans arrested for appearing in a viral video dancing to Pharrell’s ‘Happy’ have been sentenced to jail time and 91 lashes each.

The video, which featured three men and three unveiled women singing and dancing in the streets of Tehran, was watched more than 150,000 times views before authorities arrested the group for breaking Iran’s strict vulgarity laws, which ban public dancing.

The group was found guilty of “participation in the making of a vulgar clip” and “illegitimate relations between members” in court on Wednesday. Five were handed six-month suspended jail sentences, while the director received a one-year suspended prison term, and the whole group was told they would receive 91 lashes each.

However, the suspended sentences mean that the verdict will not be carried out unless a similar offence is committed in the same period of time, according to the group’s attorney.

The brother of one of the video’s stars told the Telegraph that their confessions on state television were “outrageous”. Siavash Taravati said: “The IRIB’s (Islamic Republic of Iran Broadcasting) action in showing the ‘confession’ of my sister and her friends (…) is just outrageous.

“Apparently they first arrest people without any charge or civil right to defend themselves, then interrogate them and then make them confess and finally broadcast their show.”

Amnesty International condemned the sentencing as “absurd” and “unjust”, the Guardian reports. The human rights group said that if confirmed the sentences “would be a ludicrous outcome; these individuals will have been convicted and branded criminals purely for making a music video celebrating happiness”.

Pharrell commented on Iran’s actions in May, tweeting: “It’s beyond sad these kids were arrested for trying to spread happiness.”