Mr Bungle’s debut album to be reissued on vinyl 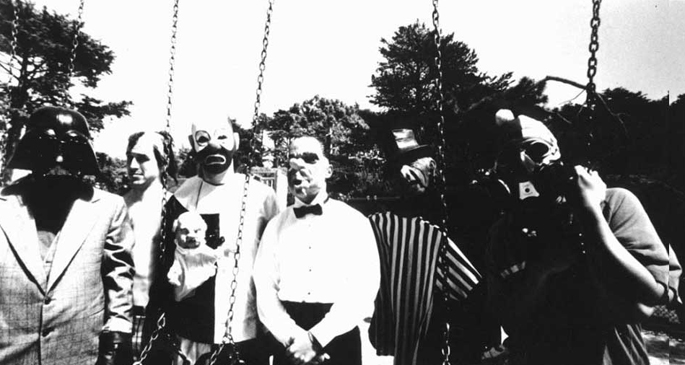 Earlier this year we announced that group would be starting an official archival campaign following the sale of a series of bootlegs and unauthorised reissues. Whilst we wait for the band to start rolling that out that programme, archival imprint Music On Vinyl have stepped in with a fresh pressing of the band’s classic debut. Mr. Bungle. Originally released in 1989, the album provided a dizzying ride through an eclectic mixture of metal, funk, ska and free jazz.

The first 2000 copies of the new package will arrive on purple transparent vinyl. The album has been expanded to a double LP edition as the compressed nature of the early, single-vinyl versions “had a rather dull dynamic sound as a result.”

Mr Bungle fans can expect the first band-approved reissues in 2015 as the demand for the avant-metal troupe’s back catalogue continues. Check out Robin Jahid’s in-depth run down on “Mike Patton’s greatest band” here.