Birmingham’s The Rainbow celebrates A Decade of Music with Ms Dynamite, Dave Clarke and more 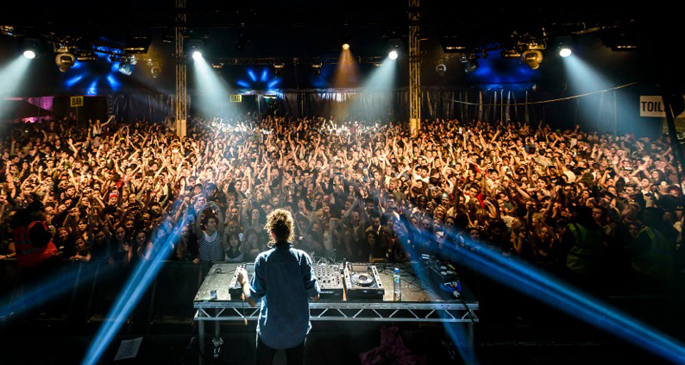 For the last ten years, Birmingham’s Digbeth hotspot The Rainbow has been propping up the city’s vibrant music scene.

Now it’s time for a celebration of that fact, and for the rest of 2014 (a massive 16 weeks!) the Rainbow will be running an event called A Decade of Music, and have a line-up of special celebratory parties in its one-of-a-kind clubbing spaces.

In 2014, The Rainbow is run across eight unique venues – from warehouses to hi-tech spaces – and have brought in exactly the kind of help they need to cement their righteous achievement. The sheer ambition of the autumn/winter run is incredible, and they’ll be running Cream Birmingham’s 8th Birthday, a huge Annie Mac Presents show, 20 Years of Birmingham staple Godskitchen, Gorgon City’s album tour which sees the duo playing live, Hospitality with Camo & Krooked, the 24 Hour Rave Experiment, FACE 5th Birthday with Jamie Jones, Secretsundaze, 10 Years of Shogun Audio, Viva Warriors with Steve Lawler & more.

To take a closer look at the events click the picture below, and to snap up tickets make sure you head to the Rainbow site. 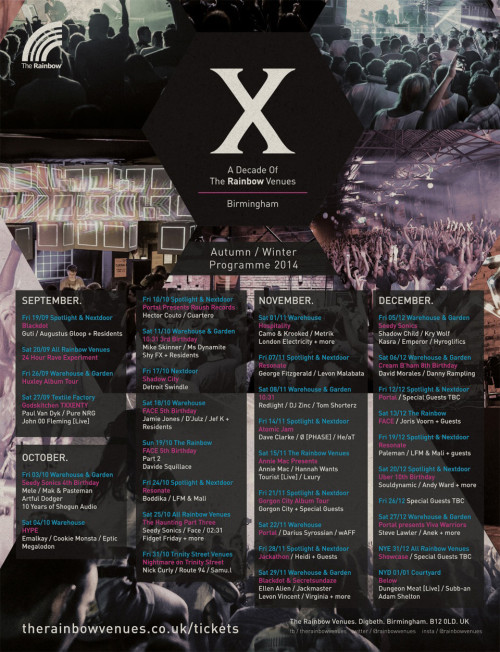