“What can I say – I like Joey Essex House Music”: Breach & Kelis, Joy Orbison and more reviewed in the FACT Singles Club 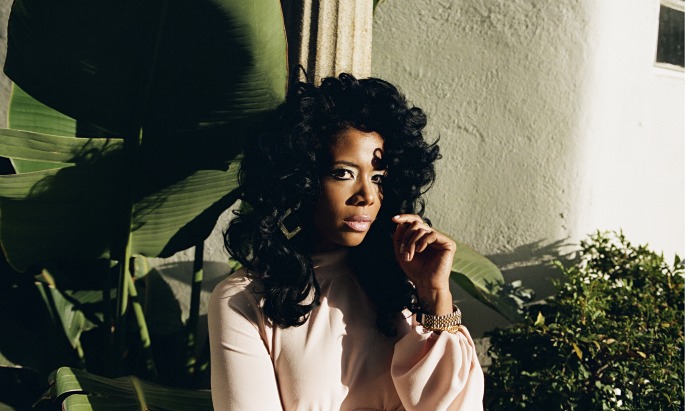 Alex Macpherson: Holly Herndon has a ton of interesting ideas, but I wish her music worked on more than just an cerebral level. It’s crafted so carefully and her voice is so relentlessly detached that there’s no punch in the guts, just an intellectual exercise that sounds like the incidental music to a digital art exhibition. It’s a fascinating song concept, so why does it sound like there’s nothing at stake emotionally? (6)

Joe Muggs: I was ill when I first heard this, and that’s almost the best state to listen to it. It genuinely feels like your head’s gone wrong when the “beats” come in, and that’s quite some achievement. Are we allowed to call this “nu-IDM”? It’s very, very clever – but, crucially, its immediate purpose is not to go “look how clever this is”, it’s to be fun and weird and all that. (8)

Angus Finlayson: Well, I can’t imagine any other musician tackling an issue as large and nebulous as NSA surveillance with such flair. As a pop song ‘Home’ isn’t entirely satisfying – Herndon’s message probably would’ve carried just as well in three 1/2 minutes as it does in a sprawling six. Still, taken alongside Metahaven’s excellent video, there’s certainly plenty to chew on. (7)

Chal Ravens: I’ve never been on board with this self-flagellating discourse around digital technology and the internet; after all, it’s not your laptop that’s spying on you, collecting your data, shopping you to the feds, etc. But kudos for turning this potentially dry-as-dust topic into an engaging six-minute (too long) piece of music – Herndon truly is the face of 21st century prog. (6)

Joe Muggs: What can I say, I like Joey Essex House Music – hey satirical comment section wise-asses, you could call me “Joey Muggs” instead of “Bro Muggs” if you want!!! Anyway, this is pretty rock solid as fizzy-rush Saturday night dance-round-your-handbags tunes go. Maybe Kelis is over-reaching herself a bit, she’s far better being nonchalant and sultry rather than trying to belt it out, but fair play to her she just about pulls it off. (6)

Angus Finlayson: It seems a shame to get Kelis into your studio and then try to make her into something she’s not – namely a house diva with ten-ton lungs. Not that the piano-banger-by-numbers backing would sound particularly inspiring with somebody else on it, mind. (3)

Alex Macpherson: Bit of a cheat to pass a tweaked version of a remix delivered half a year ago (and sneakily removed from Soundcloud and Youtube, I notice) off as your lead single, no? Never mind, though – it’s still a banger. It’s a real testament to Kelis’s songwriting that ‘Rumble’, which worked so well as dusty old-school soul, wears its new house glad rags with panache as well. (8)

Chal Ravens: Another chart-bound pop-pap house track I try, and ultimately fail, to hate. Hearing Kelis’s voice in this mode is a relief after her strained performance on that ho-hum new album, and while everything else about the production is bait as fuck, her sandpapery vocals shift it firmly into ‘listenable’ territory. (5)

Joe Muggs: Electrocution sounds are always a plus when you’re making heavy drugs music. This is pretty apocalyptic really, almost sounds like a rap version of doom rock. Far better than self-conscious attempts to make “noise rap”, and feels like one you could happily zone out to with it stuck on a loop. (7)

Chal Ravens: I was expecting to be all over Ethereal after the fevered write-up in the mixtape column, but Cactus Jack struck me as sorta dull, at least on first listen, and at least in comparison to the cornucopia of weird shit breeding in ATL these days. If this was substantially more dissonant and unpleasant I’d be on board. (4)

Alex Macpherson: Everything about this is allergic to fun. Just a huge, pointless drag, really. (3)

Alex Macpherson: Seriously pity you if you need a parodic remix of a bored London take on J-pop to pretend you appreciate pop. Fuck PC Music. (0)

Angus Finlayson: This is it: the eye of the thinkpiece shitstorm. Track’s OK. (6)

Joe Muggs: Oh fucking hell, are people still called things like “Spazzkid”? Oh well, I suppose if you want the punky windups and disruptions of something like PC Music, you have to accept that there will be people acting like absolute fannies along the line. This is tremendous though, and for all its MIA-isms shows how, more than anything, much PC Music is Electroclash rebooted. Makes me want to dress like an idiot and do idiot drugs and have a great time. (7)

Angus Finlayson: Who says you can’t polish a turd? Certainly not Joy O, judging by this commanding shine job on one of the past year’s more persistent floaters. (7)

Alex Macpherson: Still way too much of the astonishingly weaksauce original present to be tolerable – those tepid faux-soul vocals with all the emotional heft of damp tissue paper – and Joy Orbison seems to know this, because he doesn’t try all that hard with it. Remixing pop artists for cash vs. remixing indie artists to give them extra cred and “positioning” (ugh) among electronic fans, which is the worse practice? (3)

Joe Muggs: IT’S SLUGRAVE! Everyone loves a slow, creepy beat, right?  Jungle are, a little annoying given their terrible, terrible presentation, really good at making music, and this is the best thing Joy’s done in an age. Quite sexy. (8)