Back it up: Fracture, Sam Binga & Rider Shafique pick their favourite minimal bangers 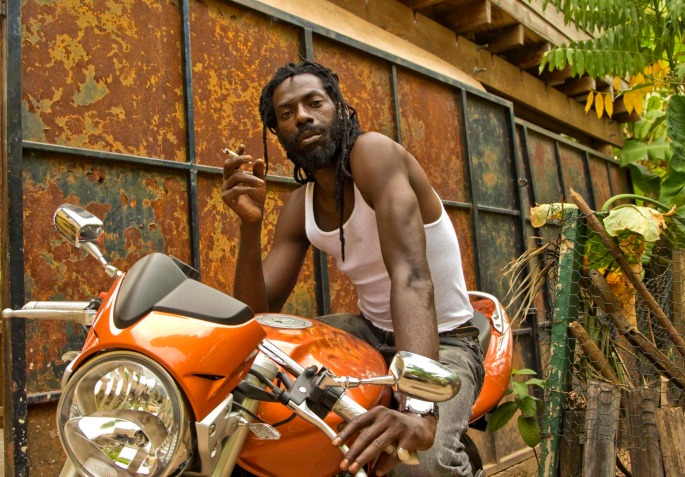 A minimal banger is one of those delicious linguistic contradictions.

It’s the art of crafting a club tune using the least amount of sonic material whilst achieving as much energy, and potential dancing damage, as anything obvious, brash and boisterous. It’s the banger for those who are perhaps a little more savvy in their dancefloor hedonism – think The Neptunes, classic dancehall riddims, and just about anything built around a solid, thumping 808 kick.

British producers Fracture and Sam Binga have a lot in common, one of which is a shared love for the pleasures of the minimal banger. It’s partly what drove their most recent collaboration, FDGD, a three-track EP featuring vocals from Bristol’s Rider Shafique, with whom Binga has collaborated in the past. FDGD came out of a simple premise: crafting bashment tracks at jungle tempos and in the process, perhaps, finding something new that could energise the dance.

The result isn’t far off their stated intentions, with three cuts of low-down and dirty fun featuring provocative lyrics from Shafique over tough – and, yes, minimal – riddims from Fracture and Binga. To celebrate the release of the EP, we asked the trio to choose four of their favourite “minimal, sub-led bangers” each and discuss the results. We also have the premiere of EP cut ‘Back It Up’, a track that definitely qualifies as a worthy entry into the canon of the minimal banger; check it below.

Fracture: “I had to think for a while between this and ‘Mr. Me Too’. I went for this because it’s definitely the more minimal of the two – basically, it’s just those big crashing kicks doing all the work. I think most vocalists would love to freestyle over it, so clean and straight to the point. Pure gangster.”

Sam Binga: “Yeah, pretty much the best drums ever. And cos I was also going to mention it, let’s put ‘Mr Me Too’ in there as well – the gloopiest bass and wonkiest tambourine anyone’s ever built a hit around. This whole list could have been Neptunes beats, to be honest.”

Rider Shafique: “I agree with the Neptunes beats thing. They got the minimal thing perfected. There’s lots of room for the MC to breathe and get their point across.”

F: “That reverb! Those hats! This is some end of the world drum machine shit.”

SB: “Stone-cold brutality. Watch out for Chimpo’s ‘Haymaker’ – repurposes this to 170 but keeps the same heaviness and space.”

RS: “I never heard this before but I recognise the beat. They sampled this for ‘Touch Me Tease Me’ by Case.

F: “Massively over-played and now pretty cliché, but I don’t think there are gonna be many people that read this that didn’t lose their shit when they first heard it. A great piece of sampling and a lesson in using restraint to devastating effect.”

SB: “Used to know all the words to this. The space and interplay between the kick, snare and shakers says so much. Also only just remembered the weird looped noise over the whole thing. Nuts.”

RS: “Pharoahe is one of, if not my favourite, hip hop MCs.”

F: “This is the essence of minimal riddims for me; a drum beat, a bass line and a hook, provided by the horn riff. Then it just rolls out for god knows how long with all the instrumentalists and James Brown taking their turn to freestyle over it. And of course, there’s that bit in the middle.”

SB: “I find it really tricky to use the Funky Drummer break in a track – it’s so distinctive, and we’ve all heard it so many times. Which is nothing if not a testament to its genius. Not really relevant, but I always loved this”

SB: “Kicks, claps, the occasional swoop of white noise and wobbling 808 subs. So much space for a classic Texas vocal, and a surprising amount of energy for such a minimal beat.”

F: “Yep, love this one. Those falling claps.”

SB: “Not content with spearheading a whole genre of UK dance music, Wiley then decided to ignore the one constant thread across all music made for dancing – propulsive drums – and somehow still made it work.”

F: “Stone cold classic. I remember hearing this on an old tape off some station, Rinse maybe, with all of Roll Deep free styling over it. In fact I think it was Logos – who’s got a remix on our new record – that passed me the tape. So big up!”

RS: “Love this beat… This sounded and still sounds like nothing before or after it. Totally original.”

Rod Lee – ‘Let Me See What U Workin With’

SB: “Gets rid of most of the iconic elements of Bmore Club: there’s no Think break, no Sing Sing, just a super-crunch clap, tinny tambourine and a thumping 808 at the bottom.”

F: “This has everything I need. And I love that slack tambourine that comes in.”

RS: “I wish I could have a track where one line was the main vocal. No chance of forgetting my bars then.”

SB: “I was given a tape of Voice Of Jamaica by a guy I worked with in a cucumber greenhouse in Hull in the ‘90s. This was always my favourite track on it – bouncing drums, the occasional vocal cut, and bizarrely hooky computer beeps.”

RS: “Such a big vocal. Buju is one of the best. Distinct voice and actually addressing social issues with his lyrics.”

RS: “This is a massive dancehall tune, love the vocal, the distinct flow and voice of Tiger and the raw riddim. Tracks like this inspired me to be start voicing tunes when younger.

F: “Wow, I haven’t heard this in years! I had a friend at school that used to keep saying the Big Ben lyric. I love all the little keys just bouncing along in the background.”

SB: “One of the most amazingly ridiculous voices ever. Andy Mac played me a Tiger tune the other day where he mostly just shouts ‘RUPERT!!!” and ‘BLOUSE AN’ SKIRT!!!!’ and it’s still sick.”

RS: “The riddim is crazy. I love the vocal sample used. Kartel and Busta both have great voices.”

RS: “Classic vocal by Cutty Ranks. He totally compliments the riddim, love how he sits down on it and rides it to death. Flawless.”

F: “What a bass line. Everything about this song is pure hook. I love the pitched up backing vocals too.”

SB: “Charlie’s right, it’s all about the pitched up backing vocals – ‘watta eedyat!’ Gives it that touch of cheekiness that makes it so appealing, considering the main lyric recommends chopping someone’s tongue off…”

RS: “It’s hard to find DJs who ride riddim like Shabba. His voice and flow turns this very minimal riddim into an anthem that has stood the test of time.”

F: “Another classic here. Love the way the bass kick pitches up and down. I had a jungle tape from Rush FM that used the chorus and I can never remember what it is!”

SB: “It was a toss-up between this and ‘Deportees’ in my list… Mostly percussion, and obviously programmed percussion at that, but somehow the whole thing is full of life and hooks. Sounds super heavy out as well.”