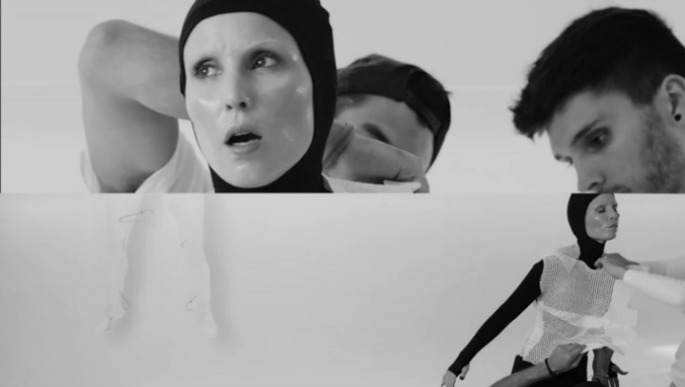 This could get meshy.

Flying Lotus has provided the cosmic score for a short film by British artist and fashion designer Aitor Throup. The seven-act short follows the casting and sculpting process as Throup works with Swedish actor Noomi Rapace (Prometheus, The Girl With The Dragon Tattoo) to create one of his signature black mesh figures.

Throup explains: “The film not only depicts a three-dimensional portrait of Rapace being intricately sculpted but also acts as a portrait of her by acting as a metaphor for the various chronological steps in the actor’s process.”

FlyLo’s jazzy score, which takes material from six previously unreleased tracks, was the result out of conversations between the Brainfeeder boss and Throup at the start of the project. The film premiered today on Nowness – watch it below.

FlyLo’s new album You’re Dead! is out on October 7 and features an array of starry guests, including Kendrick Lamar on ‘Never Catch Me’.