Stream Godflesh’s first album in 13 years, A World Lit Only By Fire 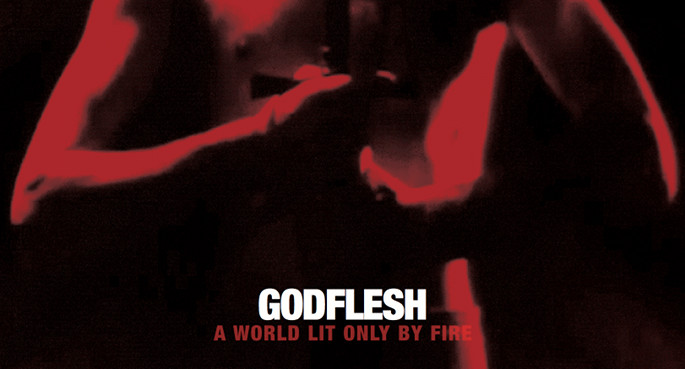 One of extreme music’s greatest acts return with their first album in 13 years.

Formed in Birmingham in 1988 by GC Green and Justin Broadrick, Godflesh innovated and terrorised in equal measure. Both artists had previous: Green had founded Fall of Because – effectively Godflesh in chrysalis – in the early 1980s, while Broadrick cut his teeth in Head of David and Napalm Death, playing guitar on the latter’s legendary album Scum. As Godflesh, however, they carved out some of the 1980s’ most hopeless, desolate music, inspiring a generation of industrial metallers with their combination of crushing riffs and rigid drum machine rhythms.

The 1990s not only saw Godflesh evolve as a group, but Broadrick become a genuine icon of the underground, collaborating with the likes of John Zorn and Kevin Martin across various extracurricular projects. In 2001, however, Green left the group, and after a year of continuing witscumhout him, Broadrick called Godflesh quits in 2002 to focus on a new band, Jesu. “Without GC Green, Godflesh is not Godflesh”, Broadrick explained.

In 2010, however, Godflesh was reintroduced as a live act, and finally released a new EP, Decline and Fall, in 2013. Listening to both Decline and Fall and their new album, it’s tempting to comment that little has changed, especially when you consider the group’s experiments with jungle drum patterns in the late ’90s and Broadrick’s solo innovations, but that seems to miss the point: this is one of extreme music’s absolute daddies doing what they do best. Zidane’s roulettes or Pirlo’s penalties looked just as sharp whether they were 22 or 35, and it’s the same with A World Lit Only By Fire. No one does this sound quite like Godflesh – stand back and admire. We’re handling the UK premiere below.