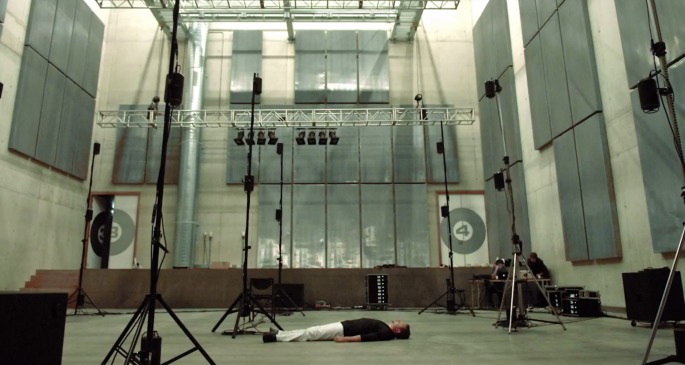 Audiophiles might have already encountered 4DSOUND – an intriguing “immersive system” of audio playback – in the last couple of years. Based out of Amsterdam, the 4DSOUND system falls somewhere between club soundsystem and sound art installation. Using Max software and Max For Live devices, the system allows composers to meticulously pinpoint directional sound within the space – or, as the company put it, “three-dimensional positioning of sound”, with time serving as the titular fourth dimension.

Arranged in a 16x16m arena with 16 columns, the 4DSystem is stacked with 48 satellite speakers, plus nine sub-speakers underneath the ground. Champions have include former FACT mixer Max Cooper, who has previously worked as composer and mouthpiece for .

The team behind the project have just uploaded a two-part video series, explaining how the system works and showing it in action. The first video sees founder Paul Oomen introduce the technology (including its roots in site-specific theatre work), whereas the second sees Creative Developer Salvadoor Breed unpack the software behind the project – namely, how Max is used to “play the physical space as an instrument.”

The videos are accompanied by a live set from Stimmer, which can also be downloaded and streamed here. It’s a binaural recording, so headphones are a must.