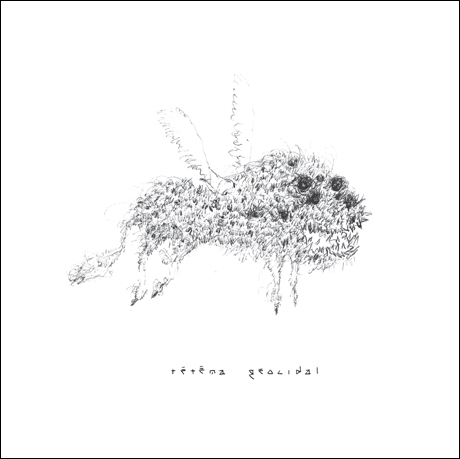 Faith No More singer and (more importantly) Mr Bungle frontman Mike Patton has revealed details of his latest project, an album with Australian pianist and composer Anthony Pateras. Going under the name tētēma, the duo will release their debut LP Geocidal on December 9 via Ipecac Recordings.

The album began life during Pateras’ holiday-cum-isolation experiment in France, as the multi-instrumentalist explains: “Geocidal started when I locked myself in a convent in rural France for 10 days to think about rhythm and sound.

“I then went to Paris to record the drums and prepared piano with Will Guthrie…that was the first thing to go down, then all kinds of analogue electronics, followed by orchestrations including strings, winds, brass and orchestral percussion.”

Next he travelled to San Francisco earlier this year to record vocals with Patton. “We had the craziest 48 hours together, and somewhere in between finishing each other’s thoughts, it became apparent to us that this music was going to be very, very special.”

Every element of the record was recorded in a different city, he explains: “This is not a Luddite manifesto, it was more a desire to base everything in this music on feel and instinct — to never be told what to do by a machine and embrace the temporal fecundity which comes out of that.”