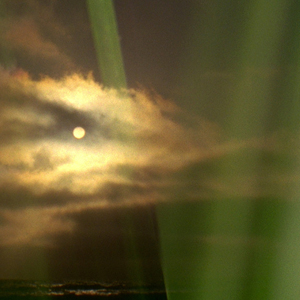 In retrospect, Austin Cesear’s debut album was pretty ahead of its time. Released in 2012, Cruise Forever was a not-quite-dance album made by a reclusive producer whose interests extended well beyond the club. As an articulation of Cesear’s style – a tape-fugged, delay-saturated, weed smoker’s take on techno – it was remarkably coherent and distinctive. What’s more, it came out a good year before, say, Huerco S. got around to tackling the album format with Colonial Patterns.

Then again, Cesear, until recently a Bay Area resident, has always existed at arm’s length from so-called “outsider” norms (the fact that such norms are now definable doesn’t reflect well on that scene, but that’s a discussion for another time). In a community that prizes punkish looseness over craftsmanlike precision, there’s something quite austere and clinical about Cesear’s music. Parts of Cruise Forever recalled, of all things, minimal techno. Recent tracks ‘Yep’ and ‘Holly Street’, meanwhile, read like scientifically precise studies of a single dance music technique – namely the slow-bleed filter passes that suffuse everything from Pepe Bradock to Tiësto.

Crucially, though, this compositional thoughtfulness never comes at the cost of beauty. Quite the opposite in fact. On ‘La Paloma’, the opener to Cesear’s latest, glistening dub chords are duplicated and layered until they ripple unsteadily. Over time they drift apart, becoming ever more smeared, before the whole thing disappears under a cloud of its own spume. The line of development is simple and the execution methodical, but the result is captivatingly pretty.

This is par for the course on West Side, Cesear’s subtlest and best record to date. Techno undergirds these six tracks, but it’s basically just that – an underpinning, the foundation for careful explorations of texture, rhythm and sonic imperfection. In places Cesear treads familiar boards – ‘Easy Bend’ reprises the blissy vibe of his Proibito EP There’s A Crack in Everything – but there are plenty of new ideas on display too. ‘Cloven Hoov’ is baleful rhythmic drone; ‘Samareda’, a shuffling beat constructed from little more than static and digital glitches, sounds like Cesear’s take on the Clicks & Cuts sound.

All of these moments are gripping on their own terms, but it’s ‘Ain’t It So (Necessary)’ that takes the prize. We know Cesear can do lambent beauty and ominous darkness; here he sits teasingly in between, sculpting a grotty piano sample into mesmerising mosaics of sound. The sense of endlessly iterating melody, with little to grip onto but a sturdy kick drum, perhaps recalls Joey Anderson; the fidgety detail is reminiscent of the artful tech-house of Margaret Dygas. But these similarities are passing. Where Cruise Forever was, on occasion, happy to cleave to familiar techno forms, West Side is effortlessly unique. Give it a year and perhaps the rest of us will catch up.