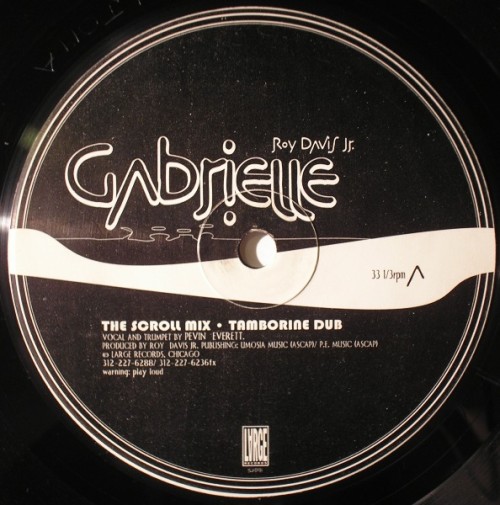 My Favourite Record is a new feature where we ask musicians we rate from across the spectrum to pick their most cherished album – a development of our occasional On Record feature, and a chance to take a peek at the albums that maketh the artist. Today’s entry: 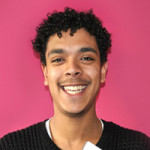 “I found it hard to think of my favorite record, I don’t really have one because there are so many records that I love. I was talking about this with a friend, and he asked me if he took all my songs away but I could keep only one what would it be… and it’s ‘Gabrielle’ by Roy Davis Jnr.

“I came across this record at a very young age. My mum used to take me on trips in a camper van when I was 11 or 12 and she would play this all the time, but after a while I would request it every time we were in the car – holiday or not. When I was young it totally grabbed me before parties or going out meant anything to me. I think it was the trumpet that caught my attention at first, but everything about the production for me is perfect.

“Although it’s not a record I play out I still listen to it at home a lot, and if I ever go on a caravan holiday with my mum again you know it’s going on repeat.

It is kind of strange to be playing at the same festivals as Roy, its something I couldn’t have imagined when I was a kid. I only have to hear the first three bass notes and it takes me back to my childhood.”

Catch Route 94 and many more at Rinse’s 20th birthday throwdown at Ministry on October 4. Tickets and more information here.