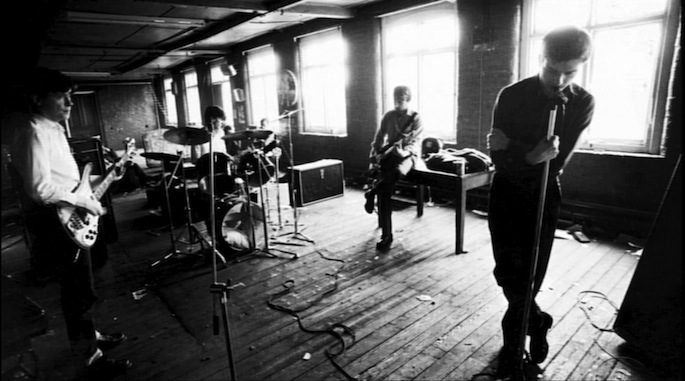 Joy Division singer recalled his past lives while under hypnosis, says his old bandmate.

Bernard Sumner hypnotised Ian Curtis in the weeks before his suicide in a “feeble attempt to try and shake him out of a death wish”, the New Order singer has revealed.

“I read a book on hypnotic regression and how it could be used for therapy. I first hypnotised Ian at our rehearsal room,” he told the Guardian in an interview about his new autobiography, Chapter and Verse.

“He remembered nothing, but when we did it again exactly the same memories came up, about him being a mercenary in the Hundred Years War. I recorded it and when I played it back to him he was astounded,” he added. “He’d already tried to commit suicide. I’ve never listened to the tape since because it was too tender, but I decided to have it transcribed and put it in the book.”

Sumner also recalls the fraught recording of ‘Atmosphere’, which the band laid down immediately after a furious argument between studio manager John Brierley and their regular producer Martin Hannett. “They were still shouting while we got on this little Woolworth’s organ that was lying around the studio and wrote ‘Atmosphere’ there and then.”

He then sets the record straight on the original recording of ‘Blue Monday’, which for years he claimed was accidentally wiped by New Order’s Stephen Morris when his foot caught the plug socket. “When I started the book Steve suddenly said, ‘Er. Actually, you’ve got that story wrong.’ It turned out he’d tried to save the memory to cassette, but it only saved a load of white noise,” he explained. “We had to redo everything, but the original was better. It was funkier.”

Sumner also explains why spaghetti westerns were more influential than punk rock and recalls the time he took a bag of vomit through US customs – read the full interview.

Chapter and Verse: New Order, Joy Division and Me is published by Bantam Press. As always with New Order, there are two sides to every story – find out what Peter Hook made of his former bandmate’s memoirs when Billboard asked him to review the book.