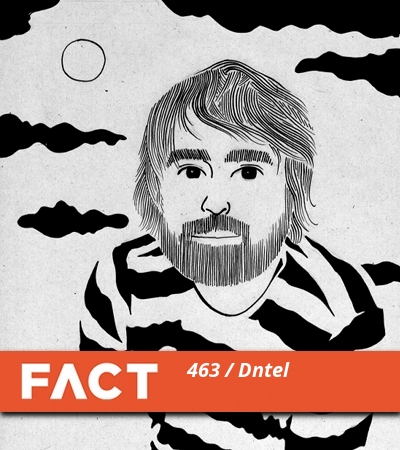 Dntel celebrates his new album The Human Voice with a special selection of unreleased remixes.

From his solo work as Dntel, to his various extracurricular projects – the biggest of which, his collaboration with Ben Gibbard The Postal Service, reformed for live shows last year – one thing binds Jimmy Tamborello’s work: beauty.

He’s clearly a lover of fluttering melodies and warm synthesiser washes, so it makes perfect sense that he’s a huge Krautrock fan – and on FACT mix 463, he gives a first airing to Dntel mixes of acts like Roedelius and Michael Rother, as well as similarly heartstring-tugging music by Penguin Cafe Orchestra and Durutti Column.

Where Dntel’s music can sometimes, such as on recent single ‘If I Stay A Minute’, favour skittish percussion, on FACT mix 463 he usually plumps for leisurely 4×4 kicks, letting the originals tracks’ melodies – and his skilled, unshowy chopping of them – take centre stage. It’s a real beauty.