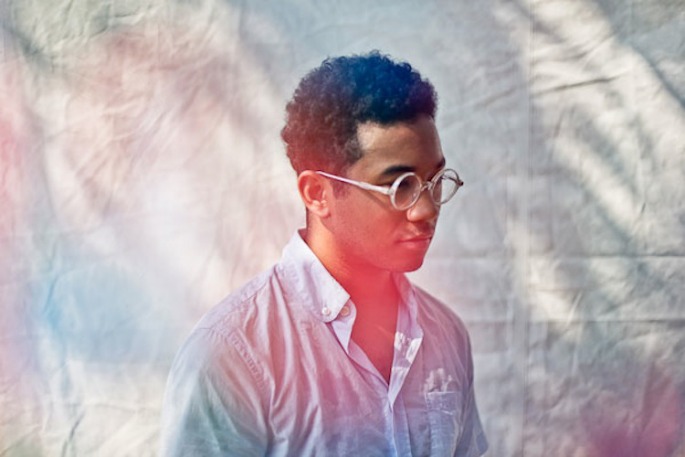 Joe Muggs: S’awrite. Sounds like Hall & Oates = win. However, sounds like Chromeo = not win. Doesn’t really go anywhere, ultimately, and if you’re going to do this sort of sounds you really need to make it sound as expensive as Random Access Memories, which this doesn’t even attempt to. (4)

William Skar: In may ways, this is n00b boogie of the dweebiest order. But it’s goofy and charming enough to trip over the halfway mark. (6)

John Twells: This is basically posh yacht rock, right? Just ’cause the pads go all tape-y and detuned doesn’t mean that it isn’t music for pina coladas off the Miami coastline. But that’s none of my business. (2)

Angus Finlayson: Chaz Bundick’s Les Sins alias is not without merit – buried in those Jiaolong singles are nuggets of promise. But if you’d asked me to imagine what “Chillwaver-does-disco” would sound like then this would’ve been my low-ball estimate, from the wimpy indie vocal right on down to the Hall & Oates guitars. (4)

Chal Ravens: This has that plastic soul quality I also hear in Dev Hynes productions, which is no bad thing necessarily – better to be aware of the flatness of pastiche and ham it up to its extreme, right? I’m more alarmed by the artwork, which seems too wannabe Tumblrwave for a retro project. But listenable, sure. (5)

Joe Muggs: Well given that about 60% of EDM is ripped off Ed Banger, it makes absolute sense for an Ed Banger alumnus to grab EDM by the scruff of the neck and make it sort its act out. This is walloping punk-ass dance music – here’s hoping America is listening and ready to imitate. (8)

John Twells: Oizo gets a lifetime pass for ‘Flat Beat’ (which I still have to dig out from time to time), but he’s still got the jams and it’s good to see that he’s found a stable home on Brainfeeder. ‘Machyne’ isn’t anything particularly new, but it’s Oizo doing Oizo and that ain’t half bad. (6)

Angus Finlayson: I managed to miss Ed Banger at the time and I wish I’d known to be thankful. (5)

Chal Ravens: Songs about or featuring telephones have been a pop staple for like 60 years at least, lending this track a cute familiarity that’s doubly confirmed by its now-vintage-sounding electro palette. I’m not of the right vintage, or enough of a modernist, to be against it on that basis – Oizo is a king and I’d love to hear this “out”. God knows where. (7)

John Twells: Oddly chirpy for Trilogy Tapes, but it works – there’s a subtle euphoria to ‘Never in Doubt’ that makes it easily stand out from the usual austere cobalt colors on show from the dusty techno brigade. Restrained, but not toothless – more please. (7)

Chal Ravens: I genuinely had to check if the sound was coming from the right tab – it’s very un-Bristol, isn’t it? The EP gets progressively more rumbling and knobbly as it goes on, but this is a surprisingly middleweight opener. That said, every DJ needs mortar as well as bricks to build a set. You can have that one for nothing. (6)

William Skar: Laminar electro-funk that does absolutely nothing of note – and does it very well indeed. (7)

Joe Muggs: Sometimes it’s all in the reverb, and those little “whu-CHAAAA” snare echoes are the real spine-tingler in this. Impossible to tell exactly how great this is without having heard it at c.4am while swaying slightly out of time with eyes closed, but it does everything it needs to do so it’s definitely pretty great. (7)

Angus Finlayson: Is it just me or has there been a subtle shift back towards vocalists in grime lately? Novelist is the phenomenon’s most obvious index – his spot in last week’s Wiley video was very heartwarming – but hookups like this make it clear that the old guard still have plenty to offer too. (7)

Joe Muggs: An interesting illustration of how far this new-school instru-grime has come from its inspirations. This is great and all, but there’s a lot of clash between voice and rhythm track, it all gets pretty hectic in the mix, and that shows up how what you might think is an incredibly sparse production is actually full of detail that’s designed to take front stage. Definitely decent, though, and here’s to more of this sort of thing. (6)

John Twells: ‘Black Dragons’ was already good without Riko Dan spitting over it, and now it’s even better. Not a lot more to say. (8)

William Skar: Having loved their synapse-sizzling live show with Robyn earlier this year, I’ll forgive Röyksopp just about anything. So I’ll ignore ‘Skulls” catastrophic absence of swing, tension or melody, and say that I quite like the wibbly synth voice. A bit. Sort of. (3)

Chal Ravens: Could’ve been good with Robyn. Doesn’t have Robyn. (4)

Joe Muggs: Mmmmmm that’s quite heavy, bet it sounds immense on a big arena/festival soundsystem. Ultimately doesn’t amount to much more than a dramatic intro track for something else, doesn’t really stand alone very well, but can’t fault the delivery. (5)

John Twells: Everyone worried that Thug had fallen off following his iffy recent pair of 1017 mixtapes (which let’s be honest, probably had nothing to do with him at all) need to breathe a sigh of relief. Now part of Birdman’s Rich Gang (along with the similarly sing-songy ATL spitter Rich Homie Quan) he seems to have found his groove once again, and ‘Tell ‘Em’ is the kind of skewed rap nursery rhyme that made us all fall in love with the first instalment of 1017 Thug, just with a touch more gloss. A worldwide hit single has to be close. (8)

Chal Ravens: This is no way the highlight of their ace, go-and-download-it-right-now new mixtape, but it does highlight the glossy, curiously throwback (like, a few years back) production vibe going on here, which corners Thug and Quan into delivering something like normality on their respective verses in terms of delivery and comprehensibility – yet only confirms that these two are anything but normal. I’m well into it. (7)

Joe Muggs: Really odd and sad, but in a bizarrely banal format… “I’ma move her out of the trenches”? “I’ma fuck her then hold on to her like she was missin'”? I think I prefer Young Thug when he’s on some berserker weirdo thing and I don’t have to think about how grim it all is. (4)