Is London’s shuffling movement really inspired by the Charleston? We interviewed the team behind new documentary RELEASE to find out 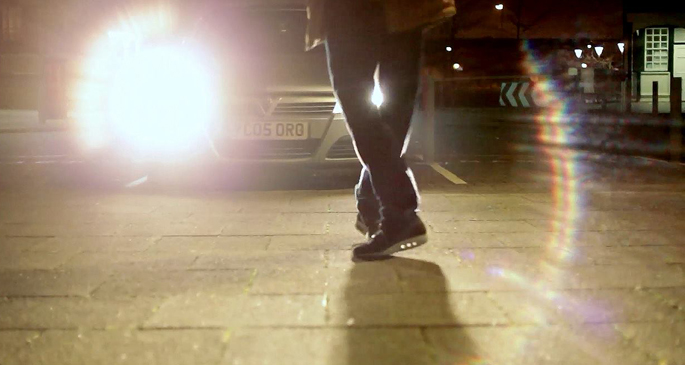 If you’ve been to – or even simply read about – a house night in London in the last two years, then you’ll be aware of shuffling.

A dance craze that’s some have compared to the UK’s version of footwork, it’s caused such a stink in house music circles that it’s been banned from some clubs and prompted several Facebook groups dedicated to its downfall.

“The stereotypical shuffler brings aggression and a badman mentality to parties,” bellowed an anti-shuffling spokesman in this Mixmag feature. “Making a lot of people feel uncomfortable – people who have been going to these venues/parties long before these shufflers knew what house music was!”.

On the other side of the coin, Madkezz of the Shape Cutters Incorporated group claims that the dancers are being unfairly discriminated against. “I heard that people were actually attacked at a rave in Hackney Wick for shuffling, and I was refused entry to Cable in London because of my videos,” he told Mixmag.

RELEASE, a new film by magazine The New British‘s Kez Glozier, filmed by Sam Hiscox, explores the origins of shuffling, arguing that it traces back to 1920s jazz dance the Charleston. With the film selected for Raindance Film Festival 2014 and set to be launched on The New British‘s iPad App, we caught up with Glozier to find out more about the film.

So first, what are your backgrounds in music, filmmaking and, I suppose, dancing?

First and foremost I am a lover of music – I’m the Editor in Chief of The New British. RELEASE is the first short documentary I’ve directed.

The film aims to put shuffling in the lineage of the Charleston. I’m playing devil’s advocate here, but do you think that’s a bit of a stretch? And when you’ve spoke to shufflers/shape-cutters for the film, how have they reacted to the Charleston reference?

I’ve never said I am an historian, but if you watch the footage from the 1920s era, it’s very clear that it’s heavily influenced by this. Perhaps it’s not directly rooted, over the eras different dance forms swept through subcultures. For example “shuffling” appeared in 1960s Jamaica through ska and again when reggae hit Britain and influenced the original 1960s Skinhead culture. I’ve seen it first hand in old Jamaican pubs playing ska, all the old boys have a little shuffle. It’s gone through waves and waves and yes, some of the young people in the film know of its origins, but take it somewhere else.

Shuffling’s obviously been a really divisive thing in London house circles – just as the skanks were in UK Funky. Were you greeted with any negative reaction when you approached people about doing the film? Do you think you’ll change people’s minds with this documentary?

I was greeted with nothing but open arms. All the people I spoke with were extremely positive and we’re happy to help – I made some good friends through the production of the film.

This film is also about the intimate stories told by young people, talking about how they use the dance to release their stresses of everyday life, something we can all relate to – so I think it will open people’s minds about the deeper story here.

Did you find it easy thing to film then?

It was easy to film because I was a part of it, I love house music and since 15 years of age I’ve always been directly involved in underground music scenes, it’s in my blood. I was never a person looking in, I could relate to the people we were filming. Even inside of the clubs people were practically bumping in to try and get in from of the camera – it was great.

What were your own discoveries from filming it? Did you come away with a different opinion to the one you started with? Were there any real ‘wow, I hadn’t thought about it that way’ type moments?

My opinion was always the same from the start – I just wanted to document a special moment in time for underground house music in Britain. I think any ‘wow’s came from the fact that clubs that were initially very interested in the film, openly rejected us from filming after we mentioned we wanted to take focus on the shuffling dance.