Mo Kolours heads off on Pan-Galactic tour around Europe, gives away Chaka Khan-sampling ‘You (Wailer)’ 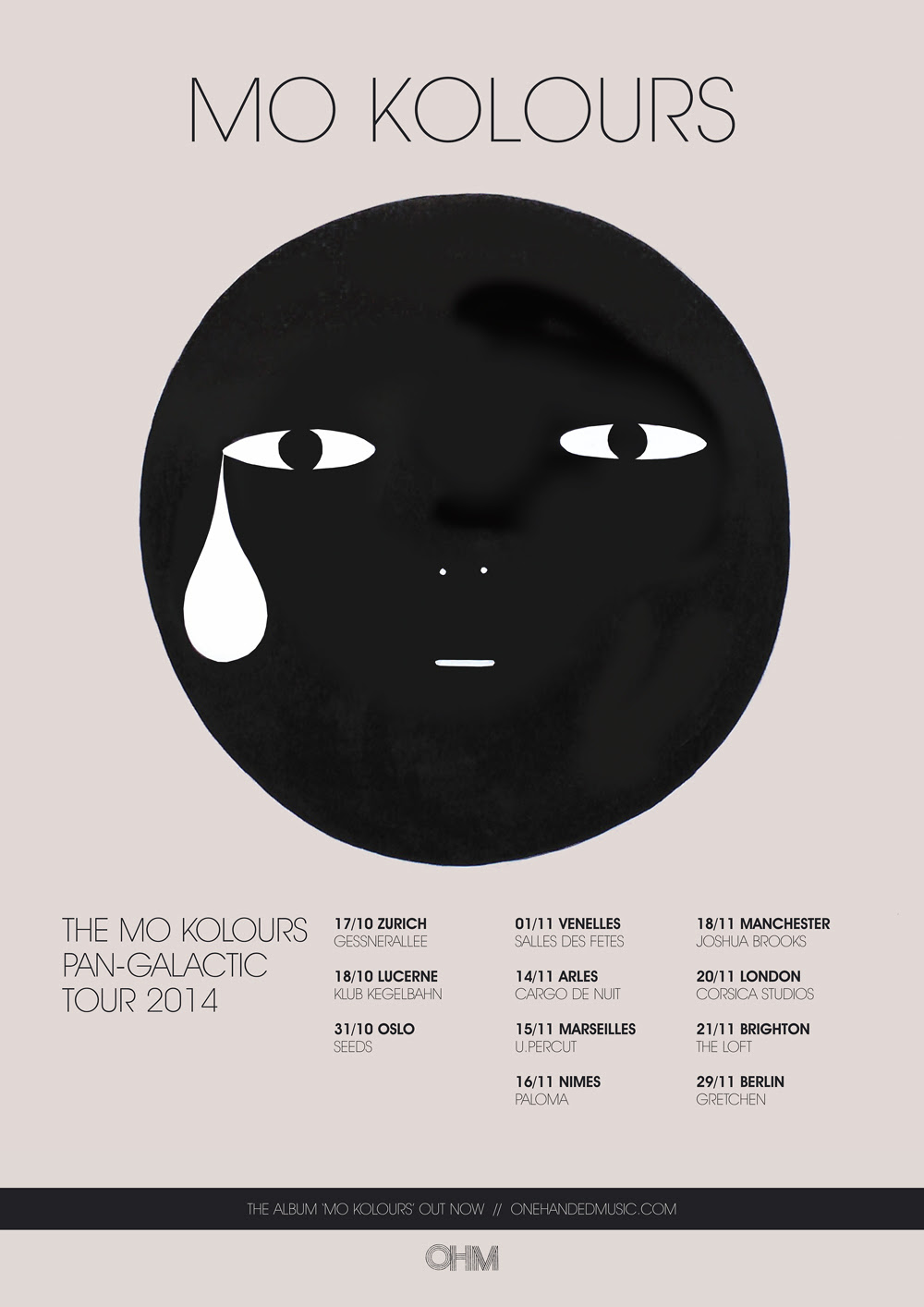 From Peckham to the farthest reaches of the galaxy, Mo Kolours goes on tour.

Mo Kolours’ self-titled debut album has been one of 2014’s nicest surprises, a bundle of musical joy from south London that has earned praise as one of the year’s best albums from a host of publications.

Having previously performed live with Paul White, as well as with his brothers Jeen Basa and Reginald Omas Mamode IV, Mo is heading out for a solo tour around Europe this winter in support of the release, which is available via his label, One Handed Music. The tour features both DJ sets and live shows across France, Germany, England, Sweden and Switzerland.

Ahead of the tour, One Handed Music are giving away the track ‘You (Wailer)’ which features “a massive sample […] we’d never be able to clear”. Listen to the track and grab it below and browse the dates which start from October 17 and run until end of November.