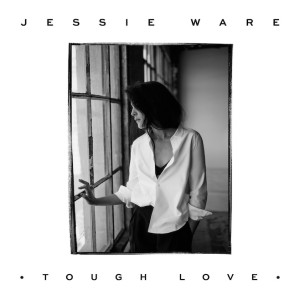 What do we want from our pop stars? Surveying the horizon we get a few potential answers. There’s Katy Perry, the candyfloss caricature of the girl next door. Or Rihanna, who projects and refracts our debauched desires. Or there’s the cast of The X Factor, who reassure us that we can make something commercially viable of our own mediocrities.

And then there’s Jessie Ware. Where does she sit? Pop stars are, quite obviously, constructions. They are texts to be read, compiled from a set of commercial imperatives. They are built for an audience, and they morph to reflect them. We are drawn to them because they are both us and not: they reflect “what it is to be a human in this society,” as media theorist Richard Dyer says, but they are also apart from us, necessarily other. They are simultaneously relatable and unknowable.

Jessie Ware doesn’t really fit that theory; in fact, she seems to explicitly reject it. Instead, she is simply, and acutely, knowable. Her schtick is that she has no schtick; that she is a regular South London girl who combined a Big Voice with songwriting chops and suburban good humour. When she played a Dalston church last year, her relatives wandered around proudly raving about her. Jessie Ware could be your best friend from school. She is heroically normal.

Of course, despite what we can imagine are her best intentions, her lack of affect has become a marketing tool of its very own. Island, her record label, quickly recognised that her down-home charm was a rare commodity. Maybe we’re sick of stars from another galaxy? Maybe we want someone from up the road.

Well, yes and no. Ware’s debut was universally fawned over, peaked in the top five, and picked up a Mercury nomination. But for all her broadsheet acclaim, she is yet to really cross over. None of Devotion’s singles cracked the UK top 30, and it fell short of the 10,000 sales mark in its first week. Last year she played two nights at Shepherd’s Bush Empire, but there’s clearly a sense among some that she should be doing the O2.

Tough Love is a very obvious, very concerted attempt to rectify that situation. The vocals are recorded so close that Ware seems often seems to be whispering directly into your skull, but with every shushy sibilant the record screams of those commercial imperatives. It’s functional, designed to break her into the mainstream proper.

And it’s also not very good. It’s a record that masks its lack of content under swathes of super-hip production tics. In fact, the production is impeccable: one of the first things you notice on opener ‘Tough Love’ is its beautiful, swaddling bass – a constant throughout the record. And it’s just as well, because it needs those big low frequencies to give a sense of depth where, for the most part, there is none.

Nowhere is the commercial angle more obvious than on ‘Say You Love Me’, co-written with Ed Sheeran, that most peculiar of pop stars. Sheeran’s delicately strummed guitar provides a rhythmic backdrop for Ware to emote all over, her cod American accent never more irritating than when, two thirds of the way through, the inevitable gospel choir makes an appearance. Frankly, it’s a wonder that there’s no key change at the end here, during which a reality TV contest hopeful can stand up and slowly raise their arms, just in time for the director to cut to a shot of their parents with single tears running down their respective cheeks. The press release tells us that the song was written after Ware and Sheeran met up while filming SNL, went to Whole Foods together, and then jammed on Sheeran’s guitar – surely the most wrenchingly smug musical image of the year so far.

Indeed, the co-writes are the biggest problem here. Devotion worked in part because it felt like a focused collaboration between Ware and Dave Okumu, but on Tough Love Island have taken a leaf from the pop superstar rulebook and enlisted a range of co-writers including Miguel, Jimmy Napes, and BenZel, the production duo made up of Two Inch Punch and Katy Perry collaborator Benny Blanco. All too often it feels forced, as if Ware is contorting herself into uncomfortable positions.

Nowhere is this more apparent than on ‘Pieces’, a track that rivals ‘Say You Love Me’ for the record’s low point. It will undoubtedly appeal to those who mistakenly believe there is any artistic merit in musical theatre, full of awkward chord changes, horribly reverbed drums, and strings that are played so laboriously you imagine they might splinter at any moment. It’s a classic tale of personal redemption (“I had to shatter to pieces / It made me reveal myself”) made exactly for the melodrama of the West End, startlingly lacking in self-awareness. Here, as on so many of the tracks on Tough Love, Ware performs the actions of emotion, replicates its symptoms, seemingly without actually having any – counterintuitively, exactly what Dyer’s ‘star theory’ might lead us to believe she would do, even as she continues to exist in opposition to its fundaments. It’s feeling as mediated by television gameshows – made all the more surprising given that ‘Pieces’ is produced by Emile Haynie, straight off the back of his excellent work with FKA Twigs.

Bashmore, who returns following his contribution to Devotion, provides the album’s biggest left-turn, ‘Keep On Lying’, a track that starts out sounding like ‘Sleng Teng’ played through a wine glass and ends up as one of Tough Love’s most straightforward and effective moments. BenZel, meanwhile, are responsible for some of the record’s best and worst moments. If ‘Say You Love Me’ could be considered a nadir, then album centrepiece ‘Kind Of…Sometimes…Maybe’, co-written by Ware, BenZel, and Miguel, is its undeniable zenith. Its knowingly vague vocal hook is counterpointed against a synth that sounds like a zip being undone – fittingly enough, given that it is the raunchiest, most unencumbered track on the record, simultaneously motoring and cruising, louche and urgent. It’s a sign of what the record could have been: a thundering great contemporary r’n’b album, something of which, on this evidence, Ware is perfectly capable.

Instead, though, we get emotionless pastiche. Tough Love should be positioned very explicitly as a retro record, but it clearly won’t be. This is timeless music – not in the sense that it is classic, but in the sense that it has been yanked from any temporal moorings. ‘Kind Of…’ aside, most of what’s here doesn’t so much nod to the ‘80s as charge it down like an angry ram. The trebly guitars recall Dire Straits-via-The War On Drugs; the basslines are a poor imitation of the early- to mid-‘80s ‘electrofied soul’ that is so well showcased on Late Night Tales’ forthcoming Automatic Soul collection. At the same time, though, the record is slathered in that hyper-contemporary production, from the perfectly sculpted bass frequencies to the little noodle of melodic distortion that opens the title track. It doesn’t quite belong now, and it clearly doesn’t belong then. So where does it belong?

And so we’re back to the main problem facing Jessie Ware. Had she continued with her non-schtick schtick, having fun with an established form in an unaffected way, she could have made another record as good as Devotion. More excitingly, had she gone all out and made an album of ‘Kind Of…Sometimes…Maybe’s, she could have made a truly great pop record. Instead, she’s stuck somewhere in the middle, tilting towards the mainstream but without the songs to back it up. It’s a shame. Sometimes, though, bad things happen to nice people.