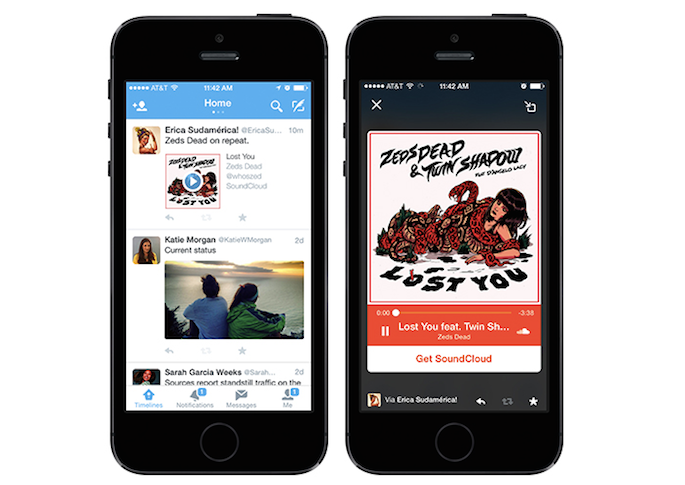 Twitter just announced the Twitter Audio Card, a feature in its app for iOS and Android devices that allows the user to listen to audio from directly in the timeline, without browsing away from the app.

Rather than handle the audio themselves (as with their aborted #Music app), Twitter will be partnering with third-party streaming services — starting with Soundcloud. It’s certainly an interesting wrinkle in Twitter’s on-again, off-again talks to acquire Soundcloud.

The feature is being rolled out with podcasts, music and other types of audio content from Soundcloud partners that including various publications (NPR, Entertainment Weekly, Pitchfork), EDM superstars (Deadmau5, Laidback Luke, David Guetta) and rappers (Chance the Rapper, Migos).