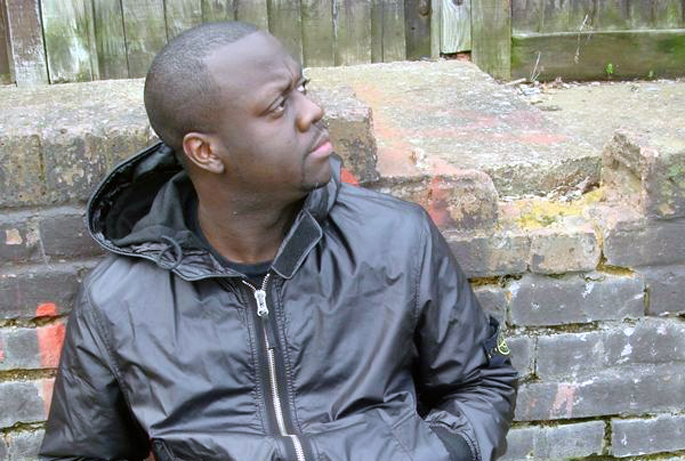 This week’s round-up is an absolute belter of a list, with more unreleased UK funky than you could shake a stick at, a devilishly good selection of cuts from the Diagonal stable and the usual tight explorations of cutting-edge club sounds.

If relatively-forgotten trends like r’n’g are experiencing revivals, then a return of the even more influential UK funky sound must be just around the corner. With that in mind, London veteran and ex-Rinse DJ MA1 delivers this mix of unreleased UKF material for XLR8R. Obviously, the man knows his funky: he was one of the scene’s biggest proponents, and who doesn’t have a soft spot for his smash ‘Give It Up’? The hour-long mix takes us “all the way back” to 2008, with tracks by Geeneus, FunkyStepz, Hardhouse Banton, Crazy Cousinz, D-Malice and more. There’s even a MA1 dubplate of Roska’s ‘Wonderful Day’ and a rare remix of Kyla’s ‘Do You Mind’ — if the latter wasn’t there, would this even be a UK funky mix?

JAIME WILLIAMS + BLOOD MUSIC
THIS DREAM GAVE ME A DIAGONAL

This is what we like to call going the extra mile. Diagonal co-owner Jaime Williams could have probably just slipped a few tracks together and called it a day when he was asked by Unsound to provide the obligatory “label mix”, but that would have been too easy. Instead he called up Blood Music (Londoner Simon Pomery) and set about putting together a set that’s one part Diagonal material and one part live electronics.

There are 15 unreleased jammers here, so even if you’re well acquainted with Williams and Powell’s output (and don’t care that you’re getting basically a gratis live set from Blood Music) you’re still likely to come across something you haven’t heard. New material from Consumer Electronics for instance – whose churning, disdainful ‘Murder the Masters’ is a clear high point – or new cuts from Prostitutes and Skull Defekts. If you like to cast your net further than is probably healthy, this bumper blend should sort you right out – it’s even got its own artwork.

Sudanim steps up for the Insert Mix Series with an hour-long exploration of cutting edge club music. It’s a percussive tour de force through the recesses of metallic, stripped-back dance music, and it’s loaded with edits, remixes and originals from Suda’s Her Records crew (Miss Modular, Fraxinus, Kid Antoine) and his contemporaries from all over the globe (Sinjin Hawke, Mike G, Boomclab, and Logos, to name a few). Trainspotters are sure to find a few new favorites (Sabrina’s ‘Clique Track’); everyone else will hear Future’s ‘Shit’, Rihanna’s ‘Skin’, and Soul II Soul’s ‘Back To Life’ like you’ve never heard them before.

Hungarian electronic explorer Gábor Lázár recently hopped onto our radars thanks to his excellent 12” on The Death of Rave, EP16. Now to celebrate that release and build anticipation for his forthcoming collaboration with Mark Fell, Lázár has contributed a particular killer mix to Secret Thirteen.

Here he splices together his own tracks (including a taster of the aforementioned Mark Fell collab) with cuts from electronic music pioneer Wendy Carlos, new material from Russell Haswell and foundational techno material from Surgeon, giving a clear picture of the sphere in which he’s working. There’s even a pulled-apart rework of Erik Prydz’ ‘Call On Me’, which has to be heard to be believed.

R&S-signed duo Lakker have never been afraid to address their IDM roots, and it comes across pretty definitively on this wide-reaching mix for Selftitled. Similar to how Mumdance and Logos are finding a balance between “weightless” ambient tracks and heavier club material, Lakker manage to twin textural pieces from The Caretaker, William Basinski and Arvo Part with more club-ready material from Theo Parrish, Ekman and Sensate Focus. Elsewhere they introduce more experimental sounds, but don’t allow the beats to deviate too far from the dancefloor – that means when you hear drops from Aphex Twin, Autechre and Richard Devine, you can almost imagine hearing them in an actual club.

“This mix probably needs some explaining,” writes Mosca. “It’s not a peaktime mix or a headnod mix: it’s an afterhours thing,” he says, nodding to that time when social barriers have broken down and there’s true communion between dancers and DJ. This 80-minute set features veterans JD Twitch, I:Cube, Audion, Magic Mountain High, and Heatsick, a list that should give you some idea of what kind of house and techno tunes to expect. Actually, Mosca describes it better (and more poetically) than we can: “freaky, eclectic, sleazy, odd or sometimes terrifying, it’s narcotic and dissonant and trippy, sideways and wrong and imperfect, but perfect for that moment.”