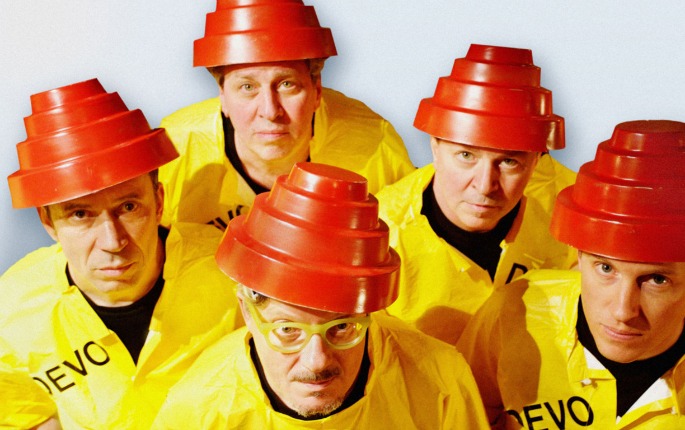 The punk surrealists, before they were famous.

In 1977, Devo played what they describe as “an intimate show to an eager handful at biker bar turned total dive The Eagle Street Saloon in Cleveland, Ohio” — a year before Q: Are We Not Men? A: We Are Devo! and several before ‘Whip It’ would make them cult heroes.

Thankfully the show was recorded, and it will now be released for the first time as Miracle Witness Hour. Featuring early versions of ‘Jocko Homo’ and ‘Mongoloid’ alonside “rarer experimental gems,” the album showcases the band at an embryonic, pre-Eno stage.

Miracle Witness Hour will be released on CD and vinyl in three different colors and is packed with rare images and liner notes by Devo’s Gerald Casale. The album is due out on November 17 — to pre-order and hear a live version of ‘Uncontrollable Urge’, head to their website.