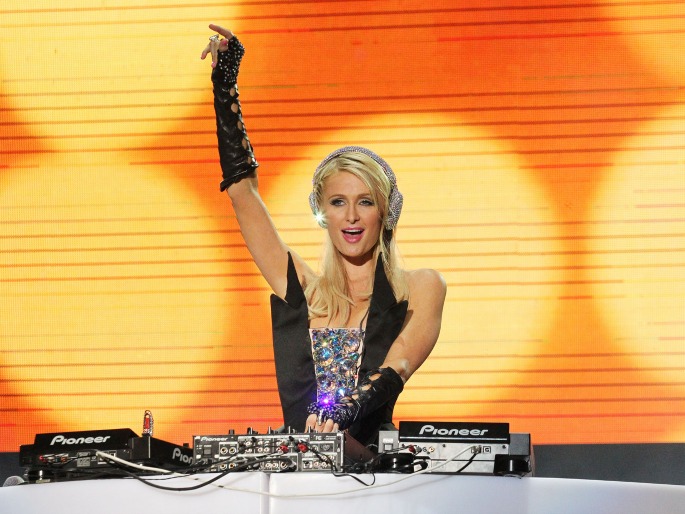 Like it or lump it, everyone – Paris Hilton is one of the top DJs in the world.

‘Top’ meaning ‘best paid’, obviously. Her sets still leave something to be desired (watch below), but you have to admire her dedication to her music career. The hotel heiress has a residency at Harrah’s in Atlantic City and also plays about twice a week in 1 percenter hotspots like Dubai, Vietnam and Shanghai.

Paper magazine reports that Hilton made $2.7 million for four nights in Ibiza this summer, which works out to $347,000 an hour, and New York Post journalist Richard Johnson recently asked her if it was true that she sometimes makes more than $1 million per gig.

“My mother always told me it’s not polite to discuss money, but it’s true,” she told him. “I am working a lot as a DJ and getting paid very well and having a ball.”

Watch Paris keep the money rolling in with a little help from Stardust and Icona Pop below.