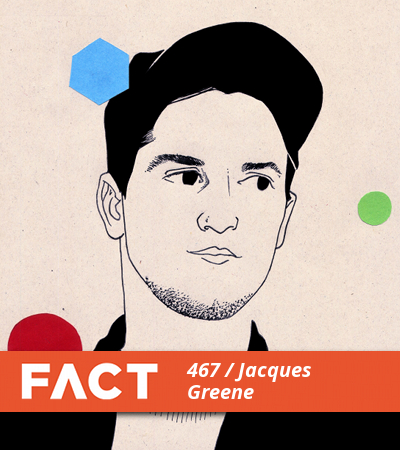 Since debuting in 2010, Jacques Greene has become one of house music’s foremost romantics.

Well, we say debuted: it’s no big secret that Greene produced as Hovatron in his early days, releasing a small handful of singles and building a reputation in Montreal’s party scene, DJing at local raves like Turbo Crunk (we’ll also forever ride for his remix of Janet Jackson’s ‘Discipline’).

In 2010, he reinvented himself as Jacques Greene, taking the hip-hop and r’n’b influences at the heart of Hovatron and applying them to more straight-forward house structures. The formula worked like a charm, with a first single for Night Slugs followed by a brace of 12″s for long-term friends LuckyMe, including the brilliant ‘Another Girl’. Co-signs swiftly came from Radiohead, who asked Greene to contribute to their King of Limbs remix album, and the xx, who took the Canadian on tour.

The years since have seen Greene both hone his sound and his hardware-heavy live show, while also collaborating with vocalists like Tinashe and co-founding the Vase label with manager and Baller’s Social founder Joe Coghill (releases have so far come from Koreless, Weeknd producer Zodiac, Gorgeous Children and more). Ahead of a live show at London’s Roundhouse this Friday October 31 with support from Koreless and Evian Christ, Greene delivers a long-awaited FACT mix, featuring several of his own unreleased tracks, a speech by Sean ‘Diddy’ Combs’ at Howard University and a visitation from the Trance Lord himself.