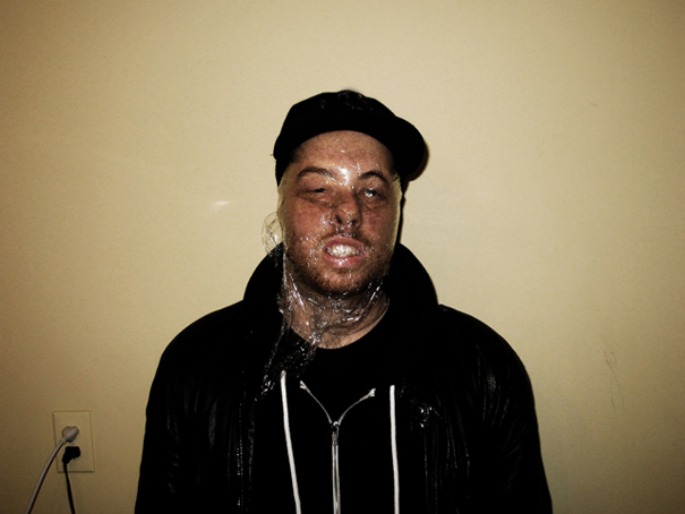 Welcome to Caught On Tape – our regular column digesting the best contemporary cassette releases. The cassette circuit is a wellspring of inventive and surprising music – and more often than not, the best releases get minimal-to-zero coverage. Join Brad Rose – boss of nonpareil cassette and vinyl label Digitalis Recordings – as picks out the cream of under-the-radar tape releases from the last month or so.

Plenty of cassette delights on display as September draws in.

It’s been another great month for tapes and out of what seemed like a million submissions, we’re left with five contenders standing. This month we’ve got piano excursions from Babe Rainbow, M. Sage’s split personality, acid jams from Pearl City Sound, pop deconstructions from G.S. Sultan, and Dreamcrusher’s physical techno.

This one came out of nowhere and is the last thing I ever expected from 1080p, but that’s part of what makes it so great. Forty minutes of almost entirely solo piano compositions… wait, what? Exactly. Babe Rainbow (aka Cameron Reed) goes straight for the jugular in the opening four minutes with stoic laments and hopeful melodies. The effect is intoxicating, steeped in longing. Reed’s skill is impressive and on ‘Car Ambient #1 (Original)’, he’s in full-flight with dark, brooding electronics brought in for punctuation. Another stellar release from one of 2014’s hands-down best labels.

M. Sage already released an incredible double-album this year (on his own Patient Sounds label), so Data in the Details is a bonus. Presented as two separate edits of the same piece, both sides of this tape are rewarding in their own specific ways.  The ‘heads up extended edit’ is fuzzy and swimming beneath a dozen shades of gray.  It’s meditative and slow like a rumination on distant horizons and familiar textures.  It’s not until the flipside, the ‘mover isuzu dub edit,’ that things become clear. The A-side is like a weathered, eroded version of the B-side. Where the dub edit traipses through rhythmically-inflected corridors, the extended edit is the same landscape without sharp edges and grooves. Props to Sage for presenting the album in this way as it makes Data in the Details an even more memorable listening experience.

Indole is a new label run by HOLOVR’s Jimmy Billingham and, if his first batch of tapes is any indication, it’s going to be rather special. Pearl City Sound gets the nod from the first three releases with this acid-soaked gem. Moody synths and smooth, relaxed grooves light the pathways throughout Smallchamber Music, but it’s the heavy doses of acid basslines, especially on tracks like ‘Esperimento5’ and ‘Music Please, Make Me Happy’ that push it over the top. Late night drives were meant for this.

G.S. Sultan is the moniker used by Brooklyn’s Roy Werner and on AG_Greatesthit, his second official release, he presents no original recorded material. Rather, Werner desconstructs various pop-centric source material, refocusing and contextualizing it in a way that the samples used are mostly unidentifiable. More than that, though, is the hypnotic effect these seven pieces have on the listener. At times I’m reminded of Giant Claw’s recent work, but presented in a rawer form. I find myself trying to imagine the strange new worlds where this is how pop music is presented, and that makes AG_Greatesthit even more engaging.

Suicide Deluxe – first released in 2013, and getting another crack at the whip – is over-the-top to the point that I feel as though I’m being physically manhandled when I listen to it. That’s a selling point, though, as these overt, aggressive bangers thrive in their distortion-riddled reality. There’s no time to rest before another wave of rhythmically-charged noise washes down. Dreamcrusher are in total control here, though, making Suicide Deluxe a rocket fueled set of electronic fury. Ouch.