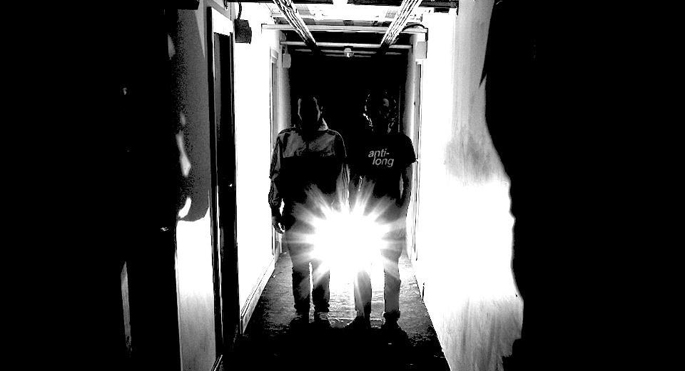 The next record from AnD finds the pair collaborating with three flourishing techno artists.

Manchester techno pairing Andro (aka Andrew Bowen) & Dimit (aka Dimitri Poumplidis), known collectively as AnD, have developed a reputation for crafting nuanced and often uncompromising techno in recent years. The duo released their debut album on Speedy J’s Electric Deluxe imprint last month after delivering a string of 12″s via labels such as Idle Hands and Horizontal Ground.

Bowen and Poumplidis have maintained their rapid stream of new material by announcing their next release, a  12″ that will house the pair’s collaborations with three different, like-minded techno producers. The record is the next instalment in the Brothers catalogue, a London label that focuses exclusively on releasing joint records.

A collaboration with the mysterious Headless Horseman will take up the A-side whilst the flip contains joint efforts with Italian producer D. Carbone and Sunil Sharpe (Sharpe was also recently picked in our list of 100 underrated DJs who deserve more shine).

BROS006 will be released on November 7. You can preview all three tracks below.