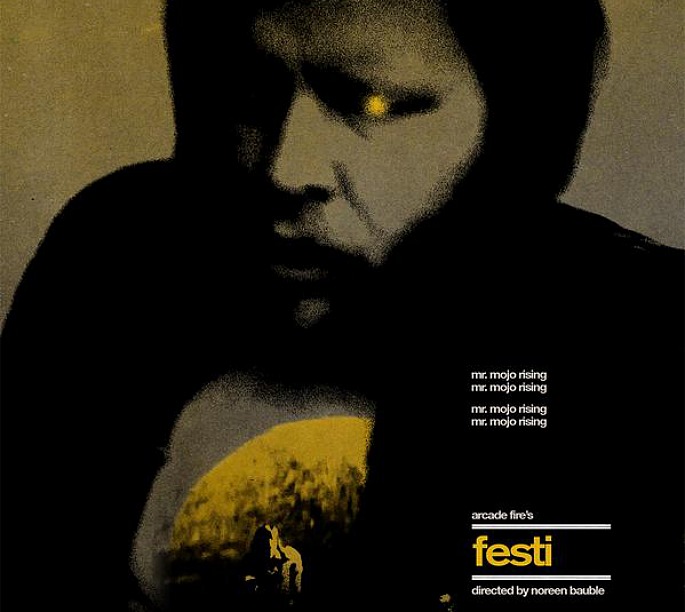 Directed by “Noreen Bauble”, which Pitchfork points out is one of the band’s previously-used pseudonyms, the film starts off as a behind-the-scenes tour diary but soon turns spooky. Will Butler is celebrating his 27th birthday, but the occasion is tainted by the spectre of the 27 Club and the ghost of Jim Morrison.

Guest stars include Terry Gilliam, ZZ Top, James Murphy (playing a sad DJ), Peter Gabriel (a security guard), Andrew Garfield (Spiderman, of course), Fleet Foxes (as bearded singers), The National’s Bryce and Aaron Desser (creepy twins) and Slash as himself, with a performance of ‘Sweet Child O’ Mine’. Check it out below.