“Suspiria is the masterpiece of Goblin”: Claudio Simonetti on the best horror soundtrack of all time

Almost four decades have passed since the release of Suspiria in 1977, yet its cult status has never waned. Before 1977, Argento and his run of distinctive, colour-saturated slasher flicks were very much an Italian concern. Suspiria, however, propelled his unique style across the world. His first film to dwell on the supernatural enticed hungry horror audiences in the USA and beyond; in Japan, Suspiria was so popular that Argento’s previous film, Profondo Rosso, was renamed Suspiria Part 2 on its release despite being totally unrelated.

In recent years, the film and its soundtrack have swelled in notoriety. Fans who were young and impressionable when they first caught a glimpse of Argento’s disturbing set pieces or heard a snippet of Goblin’s twanging score have grown up to use the film as an artistic touchstone. In recent years, Goblin’s name has been referenced so frequently you’d almost be forgiven for ignoring them out of spite. From genre-bending rock acts like Mogwai and Secret Chiefs 3 to their more direct descendants such as Zombi, Umberto and S U R V I V E, Goblin’s influence has sunk into the musical furniture, and they’re still being discovered by legions of new listeners. They’re even touring again, in multiple incarnations.

I wasn’t immune to the band’s charms either. As a teenager I would often be found haunting the VHS crates at Walsall’s Wednesday market or rifling through the ex-rental sections of local stores looking for anything with Argento’s name attached to it. I even put out my own awkward (and probably ill-advised) cover of the Suspiria theme back in 2006, so I was eager (even a little giddy) to speak with Claudio Simonetti about a score that has been a personal favorite for so long. What was it exactly that made Suspiria so different from the other 13 collaborations between Simonetti and Argento, and why is it still so influential?

“When you write the music from the script, it doesn’t work”

The main difference was simply time, as Simonetti explains. Goblin first worked with Argento on the score for Profondo Rosso in 1975, and it was recorded at breakneck speed. Unhappy with the cues provided by Italian composer Giorgio Gaslini, Argento called in Goblin to inject Gaslini’s themes with some prog rock spice. Still frustrated with the results, Argento told Simonetti that the band had just one night to write their own set of themes for the film and a day to record them. If they were successful, they’d be included in the film. Thankfully, they nailed it. The whole process took Goblin just 10 days and the soundtrack was an unprecedented success.

“We were very surprised at Profondo Rosso, because we sold one million copies in the first year,” says Simonetti, still amazed by its popularity. “We’ve sold four million copies in 40 years. After the big success of the soundtrack, Dario decided to let us write the music for Suspiria and we had more time.”

The band were given three months in total, leaving Simonetti plenty of room to experiment with new sounds, instruments and techniques. “We tried to use a lot of ethnic instruments like tabla and bouzouki, and we did a lot of recording of sounds that we created, because in 1977 we didn’t have any samplers.”

The process started with a set of demos which Simonetti made with the band after reading the Suspiria script. “Dario used this music on the set, to help the actors during the shooting,” says Simonetti. This is where the story begins to get more complicated. Keyboardist Maurizio Guarini is not credited on the recording but has long argued that he did play on Suspiria.

“He played maybe on the demos, but not the soundtrack,” Simonetti counters. “When we recorded the soundtrack Maurizio wasn’t there. I’m sorry because I know he tells people he participated in the soundtrack, but it’s not true. His name is not on the record.” 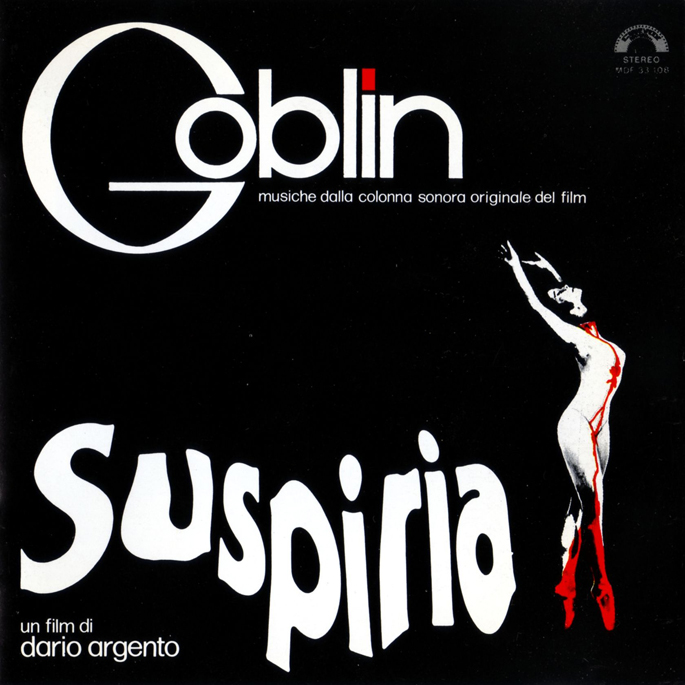 Similarly, Argento was credited as a collaborator on the album’s original sleeve but the credit was removed on subsequent pressings. While Argento “had a lot of suggestions” for the band, the contribution didn’t go farther than that. “He helped us to choose what kind of music he wanted with a lot of records,” says Simonetti. “We had Dario participate, not like a musician but as a… I don’t know. But he was in the studio so he worked with us.”

When the film was finished, Simonetti ended up scrapping the original demos because they didn’t share the film’s distinctive mood. “When you write the music from the script, I don’t know why, but it doesn’t work.” Instead, he took a decidedly experimental direction.

Argento wanted Goblin’s score to set Suspiria apart from his other films. “I need the audience to feel that the witches are still there, even if they’re not actually on the screen,” he told Simonetti. This led to the band’s repeated use of voices, whispering the word “witch” or singing a twisted, terrifying lullaby throughout the score. It also pushed Simonetti to take the leap and hire a legendary “big Moog”, the rare System 50 Moog modular system was famously used by Emerson Lake & Palmer’s Keith Emerson, who was a massive star at the time.

“I used it because I was a big fan of Keith Emerson. Also because of the sequencer – of course, we didn’t use any computers.” There was a steep learning curve to the System 50, so Simonetti brought in Italian composer Felice Fugazza (who had just released the album Megamoog) to help the band integrate the new instrument. “He was very focused with the Moog, he knew how to use it. So everything we passed to him, he realized.”

At the time it was still very rare to hear a synthesizer in a film scores, but Goblin helped change that. “You would never use a synth to do soundtracks [then]. Normally it would be made with an orchestra, or with a band. No one was using a synthesizer for that. I think we were maybe one of the first using [the synthesiser], then in the ‘80s the synthesizer and drum machine became more famous and it became more usual.”

Simonetti isn’t exaggerating. Goblin’s innovations certainly reached the ears of another towering figure in horror cinema and soundtracks: the great John Carpenter. Recalling their first meeting in 2012, Simonetti was stunned when Carpenter revealed that his pioneering synth score for Halloween had been directly inspired by Goblin’s work on Profondo Rosso. The self-styled Master of Horror introduced himself by exclaiming, “I know you very well, – I stole all your music.”