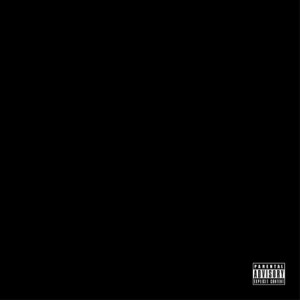 It’s rare to find mention of Dean Blunt without some reference to him being a provocateur. At a show at the ICA earlier this year the ex-Hype Williams man’s performance consisted of a group of men in vodka branded t-shirts milling around while a DVD of Australian comedian Kevin Hart played. The Redeemer, FACT’s album of 2013, was an exercise in postmodernism, very explicitly pitting high culture against ‘low’. “So yeah, Dean Blunt is a prankster,” said Chal Ravens, in her review of the album. “But this time, I think he means it.” And yet, while The Redeemer was certainly a step towards a more straightforward, straight-bat Blunt, there were moments at which it felt wilfully inscrutable. For Blunt, every moment of frankness has to come with an emotional escape hatch.

On Black Metal, though, we might get the closest thing to a single entendre Blunt has yet made – although, of course, that’s all relative. In last year’s FACT interview he said that he doesn’t intend to make “difficult” music and, indeed, this is not a difficult album – certainly not in the manner in which The Redeemer could be considered to be. It is, however, an entirely conflicted one, on which Blunt forces the listener into a position of uncertainty. For every moment of honesty there is one in which he reminds us that, today, there is no single truth, no right answer. At one moment he seems vulnerable, candid; at the next, he seems to suggest that the whole thing might be one big joke.

It’s apt that Blunt has turned to Rough Trade to release Black Metal. Much of the first section of the album, perhaps surprisingly, seems to play very consciously with the bedroom indie tropes of the ‘80s and ‘90s that the label came to embody. On ‘Blow’ the drums are taken straight from the playbook of what John Peel referred to as the “shambling” tendency that grew up around and as a result of C86. On ‘100’, meanwhile, the reference is made explicit with the use of a sample from The Pastels’ 1994 song ‘Over My Shoulder’, the original a 35-second track that demonstrates the Scottish band’s twee tendency.

Indeed, as counter-intuitive as it might seem, there are parallels to be drawn between Blunt’s vocal delivery and that which characterised much of the jangle pop scene that he references here. While Blunt’s voice is deep, commanding, there is an unmistakable reediness that is also a signal quality of the twee scene. The lyrical content, however, could not be more different. Where twee and jangle pop can often be seen as a retreat into an idealised childhood, Blunt engages with the world around him in a much more direct way. There is something jarring, shocking even, about hearing Blunt use the ‘n’ word over those shambling drums, as if hearing that painfully white music of the ‘80s and ‘90s being reappropriated in real time.

There were hints that Blunt would head in this direction. ‘Imperial Gold’, from The Redeemer, featured Blunt and Joanne Robertson harmonising atop a fingerpicked guitar figure, providing one of the most straightforwardly beautiful moments on the album. Robertson, who also provided high points on last year’s Stone Island, apparently pieced together in a Moscow hotel room, returns on Black Metal, most notably on ‘Molly & Aquafina’, which in some ways feels like a companion piece to ‘Imperial Gold’. Robertson and Blunt duet, passing between them the phrase “I don’t worry ‘bout nothing” in a blissy manner entirely reminiscent of the drug of the title, but also recalling languid, sunny cross-state drives. Throughout, though, there’s a sense of some awful, painful throb somewhere in the background, even as Blunt knowingly bigs himself up: “You’ll never be / The one I want you to be / ‘Cos I know that person is me.”

And yet those emotional escape hatches remain. This might be the most candid Blunt has been, but still, every moment of soul-baring comes with a ‘yeah but’ moment. It’s present even in the track titles: the opener, which boasts a beautifully widescreen string arrangement (that immediately brings to mind ‘Six’ from Stone Island, with its ‘Rite Of Spring’ sample and country twang guitar), is knowingly titled ‘Lush’. When Blunt gets closest to actual noise, he chooses to call the track ‘Country’. Rather than minimising the impact of the work, though, this habit only underscores the moments during which Blunt really lets it all out, suggesting not simply an artist trying to be unreadable, but rather something more essential: a man fundamentally ill at ease with his own feelings, wrestling with his contiguous desires to both play out his emotions and keep them uninterpretable.

Soon, though, the twang is jettisoned and Blunt careens into something much darker. ‘X’ provides the link between the two halves of the record, opening with a subcontinental guitar pattern before giving way to a dank, bass-led track during which both Blunt and Robertson sound at their most bereft. “It’s not the way it’s meant to go,” Blunt sings, before rapping: “A n**ga’s never coming back / So pour some liquor / Reload the track / Ain’t ever coming back.” On the dubbiest track here, meanwhile, (titled, of course, ‘Punk’), Blunt is the subject of a manhunt: “Feds are closing in on me / Everybody knows it’s me / What else can I do but hide?” The sense of claustrophobia is palpable, the record becoming gradually more constricted. The hopeful promise of the opening section has been lost, and now Blunt is on the run in a world with increasingly limited horizons. There are hints that he really means it on both halves of the record, but it is in this latter section that we get the sense that this embattlement is his default position.

Black Metal is an exceptional record. It is a stronger, more complete statement even than that seen on The Redeemer, primarily because it lays bare its own contradictions. Blunt is simultaneously assured and uncomfortable, offering the clearest glimpse yet of his real emotional state while flatly refusing to ever fully commit to it. It’s a high water mark for Blunt, and one that seems to suggest an artist fully inhabiting his potential while trying, unsuccessfully, to come to terms with his own emotional state. His inability to commit might be unhealthy for him personally, but it makes for truly gripping work.