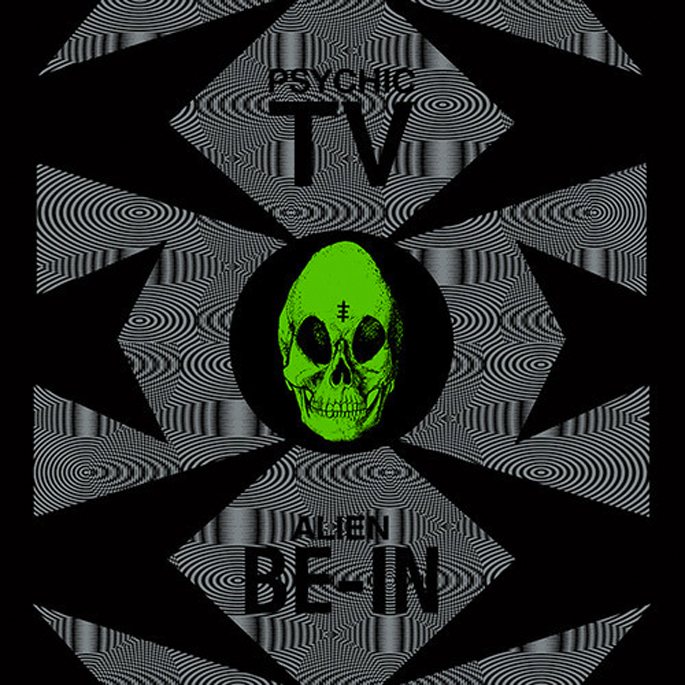 Psychic TV’s acid house number ‘Alien Be-In’ will be reissued with a trio of remixes.

Psychic TV was formed by former Throbbing Gristle members Genesis P-Orridge and Peter Christopherson (also of Coil) after the pioneering industrial act broke up in 1981. P-Orridge and Christopherson were joined by a rotating cast of other musicians, releasing a string of experimental records under the Psychic TV banner throughout the ’80s and ’90s.

San Francisco imprint Dark Entries is preparing a reissue of ‘Alien Be-In’, complete with remixes from original Psychic TV member Fred Giannelli and industrial-loving techno producer Silent Servant. Giannelli’s version “takes a stab at remixing the mono mix of the original sequence sourced from the Emax floppy discs.” Silent Servant has provided one remix of his own as well as a collaborative rework created with veteran Austrian DJ John Tejada.

The remix 12″ comes packaged with an 11×11 square insert containing a photo of Psychic TV from 1988 as well as liner notes written by Giannelli.

Dark Entries will release ‘Alien Be-In’ on January 13. You can stream the Silent Servant remix below.