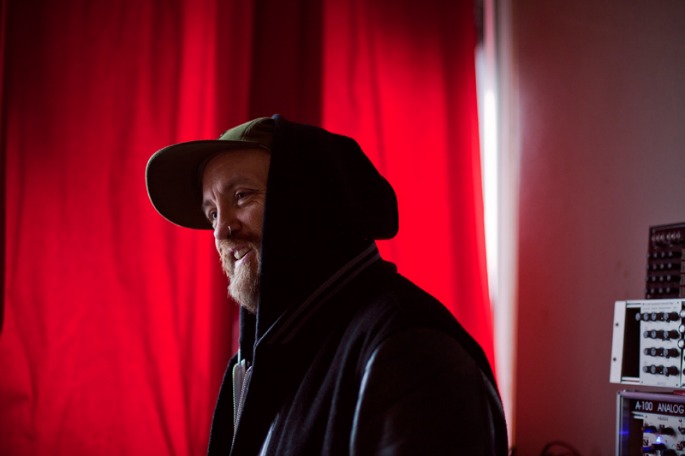 Rated and slated this week? Nicki Minaj, Baauer, The Bug vs. Earth, Belle & Sebastian, and more.

Alex Macpherson: One minute and 11 seconds of a superior Nicki Minaj album cut, because even when she’s playing it straight and repeating herself as though she’s incapable of getting bored, her presence is still so formidable, and the delicacy of those synth droplets is involving enough. Is it worth a cheer that she’s taking on the misogynistic fucked-her-way-to-the-top trope or is it just depressing that she needs to? Not as depressing as Drake and Wayne trotting out their respective shticks (ostensibly gentlemanly, OTT-sleazy, both ending up in exactly the same joyless place) all over the rest of the track, anyway. (5)

Scott Wilson: This just sounds dreary next to the brilliant ‘Anaconda’, and for me it’s because of the over reliance on the guest spots. Is it too much to ask to get a bit more Nicki Minaj from this Nicki Minaj track? (5)

Joe Muggs: Really hope the actual version is this distorted because it sounds MENTAL. Nicki and Wayne seem to be both on top form recently, and Drake is even not annoying here. Minus two points just to spite Chris Brown. (6)

Joe Muggs: Call me an old fart but the Tresor logo still gets me buzzed up about what I’m going to hear. This doesn’t disappoint. The great thing about this sort of stuff – and see also the new Adam X album for more of the same – is that a very dark room full of hot bodies and a smoke machine lit by a relentless strobe doesn’t date, so it can’t seem retro. You might as well say having a heartbeat is retro. Lovely stuff. (8)

Scott Wilson: I’m rarely a fan of this kind of Millsian techno unless it’s done by Jeff Mills, and this doesn’t prove to be much of an exception. At least it’s not another bit of overcooked industrial nosebleed dross, but it still sounds just as uninspired. (3)

Angus Finlayson: Music for that moment at the after-hours party when you realise it’s time to go home. (6)

Alex Macpherson: Rae Sremmurd: best new rappers 2014, y/y? Just listen to them wild out, as much of an ear for manic energy as for the sly humour they can effect with just one change in inflection. And they’re the first male rappers I’ve heard who are distinctly post-Nicki, zig-zagging between exclamatory and declamatory like it’s nothing. Baauer’s jagged beat is the perfect playground for them, and has the bonus of making Aluna Francis’s usually intolerable affectations sound strange and startled in an unfamiliar context. (9)

Scott Wilson: ‘Harlem Shake’ has left me unable to take anything Baauer does with any degree of seriousness, but I’m pleasantly surprised by this. I’m no AlunaGeorge fan either, but even I have to admit Aluna Francis’s vocals give this track the kind of substance I’ve always felt was lacking from Bauuer’s music. Rae Sremmund’s contribution is the only weak link here for me – they probably could be replaced with anyone else and not be missed, but two out of three ain’t bad. (7)

Angus Finlayson: I could listen to Rae Sremmurd all fucking day. (In fact I think I will.) Even Aluna is tolerable here. Nice one. (8)

Joe Muggs: Argh, I still can’t get over Aluna being her out of My Toys Like Me, and I can’t really hear her voice without flashbacks of their truly mental first album and the gigs around it. That aside, this is good, the weirdo sound design aspect of it is stunning, but it all feels a bit like it’s designed by an artificial intelligence algorithm set to “cool kids like this sort of thing”. Maybe that’s a good thing? IDK (6)

Scott Wilson: Dylan Carlson’s guitar alone is often more than enough, but sometimes I just wish it was that bit heavier. The moment where Kevin Martin’s bone-crushing salvo of bass and trap hi-hats come in is what I think I’ve wanted to hear in conjunction with Carlson’s spiralling licks for years. I could probably listen to a whole album of this and still be begging for more. (9)

Angus Finlayson: It’s difficult to think of a form this collaboration could have taken other than the one it does – it’s a real 1 + 1 = 2 job – and yet the result is a colossal yawn. Perhaps the lesson is: just because you can collaborate, doesn’t mean you should. (4)

Angus Finlayson: The music of Belle & Sebastian is just a giant fey question mark to me. What’s it… for? ‘The Party Line’ leaves me none the wiser. (4)

Scott Wilson: The indie kid I used to be 10 years ago is a little unsure how to process this. Is this an attempt to conform to the proliferation of EDM sounds infiltrating the charts, or an incisive piece of satire on the nature of modern pop? In truth, it’s probably a bit of both, and I can’t deny that I like it. (8)

William Skar: Fold your arms, child – you move like Jagger. I’ve got time for B&S, but not when they’re up to this sort of mischief. (5)

Joe Muggs: Why are they pretending to be Hot Chip?  This is a lame song, quite nicely produced. (4)

Salva feat. Rome Fortune, B. Bravo and Rojai – ‘I Could Be’

Alex Macpherson: There’s nothing wrong with this per se but neither is there anything that demands a rewind or that I remember its existence five minutes after playing. (5)

Angus Finlayson: The second producer of the week finding new discipline in vocal work. It helps that Rome Fortune’s on board. P.S. this Rojai guy sounds kinda like Kelis huh? (7)

Joe Muggs: I’m not sure I get the hype OR the backlash re: Salva. He’s just a really good R&B producer; he’s not quite yet done enough to stand out as hyper-individualist, but he’s definitely knocked out more than enough top tunes to be worth watching still. This one’s a bit disjointed but it’s good. (7)

Scott Wilson: I like this new hip hop version of Salva far more than the one who made maximal party bangers. Having said that, I think he’s got some way to go before he makes it into the big leagues of hip hop production, but this is promising stuff. (7)